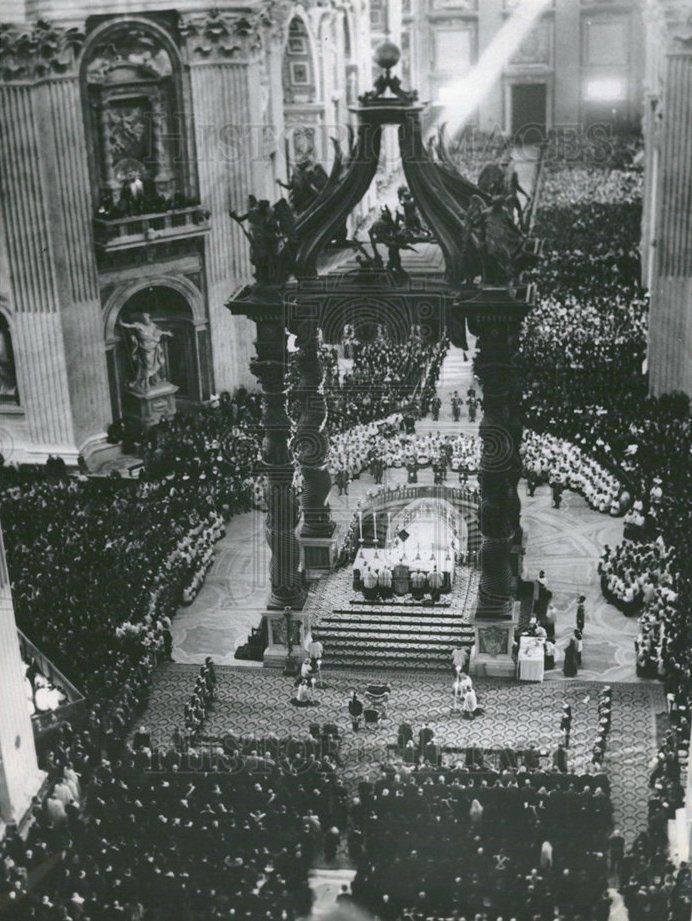 Pope Pius XII celebrating pontifical low Mass on the Passion Sunday of 1949 on the great altar of the Basilica of St. Peter. At the altar two bishops and four master of ceremonies (two of them are kneeling at the lowest step of the altar) and another four prelates acting as ceroferaries assisting to the liturgy. The members of the Noble and Swiss Guard made the honorary assist. Before the steps of the altar, there is also a chair with a faldstool, on which lies the papal mozzetta, the place of prayers recited before and after the Mass.