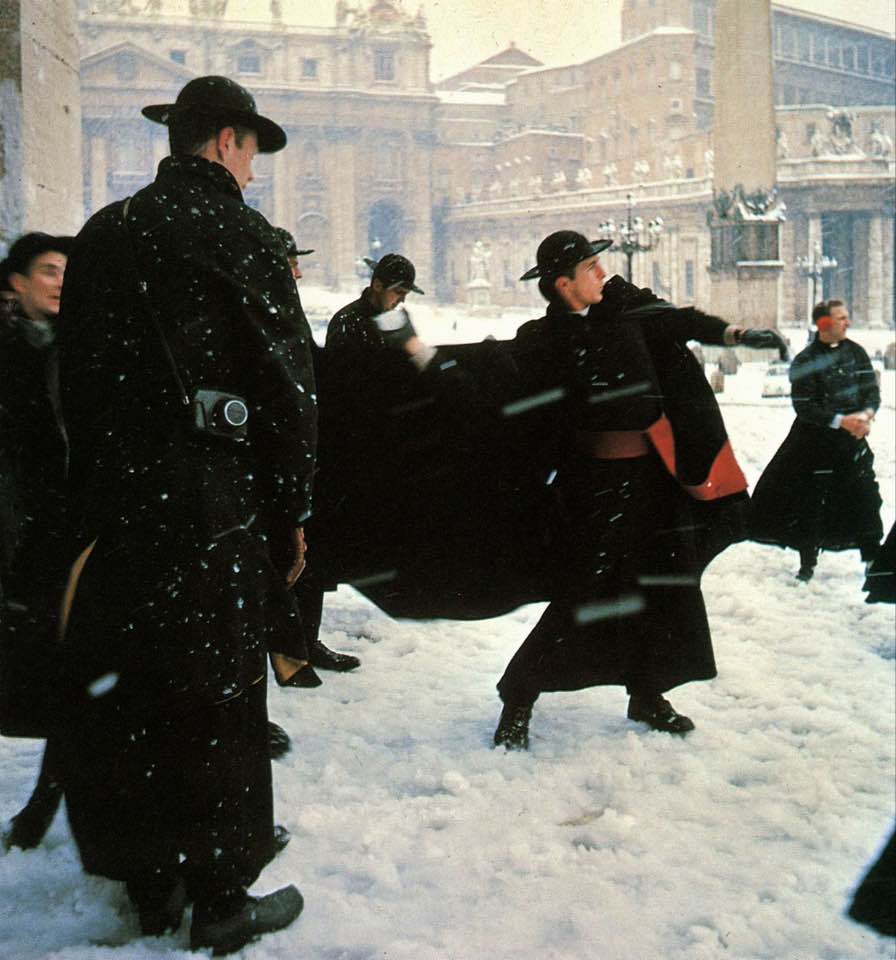 Roman clerics during the snowball fight held on St. Peter’s Square in the winter of 1958. As one may recognise from the black cassock and the red sash, the seminarian visible in the center, can be recognized as a member of the Pontifical North American College,  founded in 1859 by Pius IX, which flourished after the Second World War due to a large increase in priestly vocations in the United States.