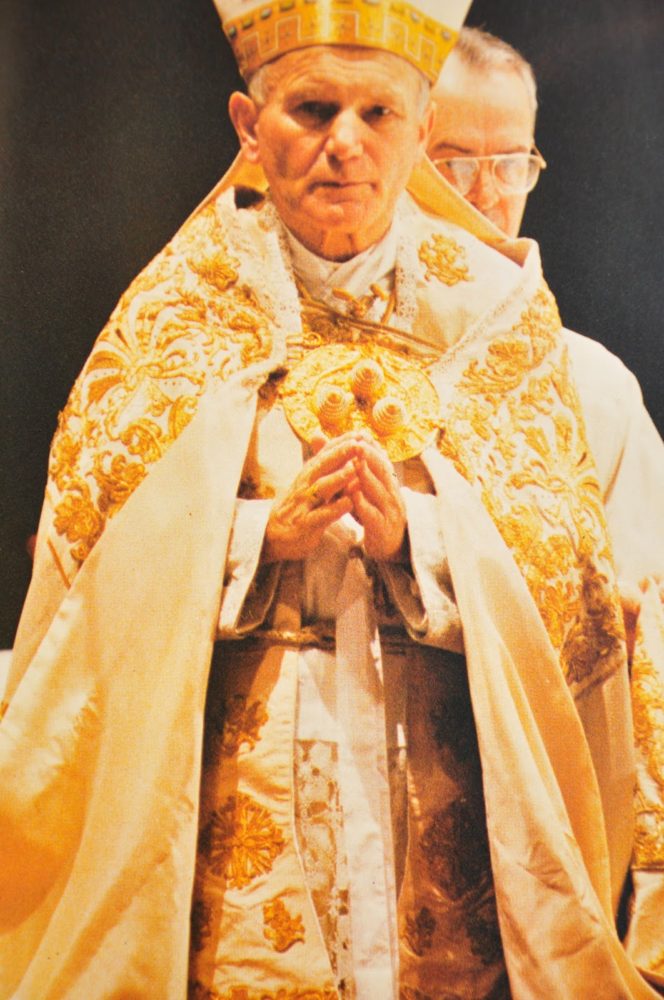 In the early years of his pontificate, during the term of office of two Masters of Pontifical Ceremonies, Virgilio Noè (behind the pope in the image) and John Magee, John Paul II often used old vestments and traditional elements of robes, such as the pluviale with a clasp decorated with three “cones” visible in the photo [the image from Orbis Catholicus Secundus].