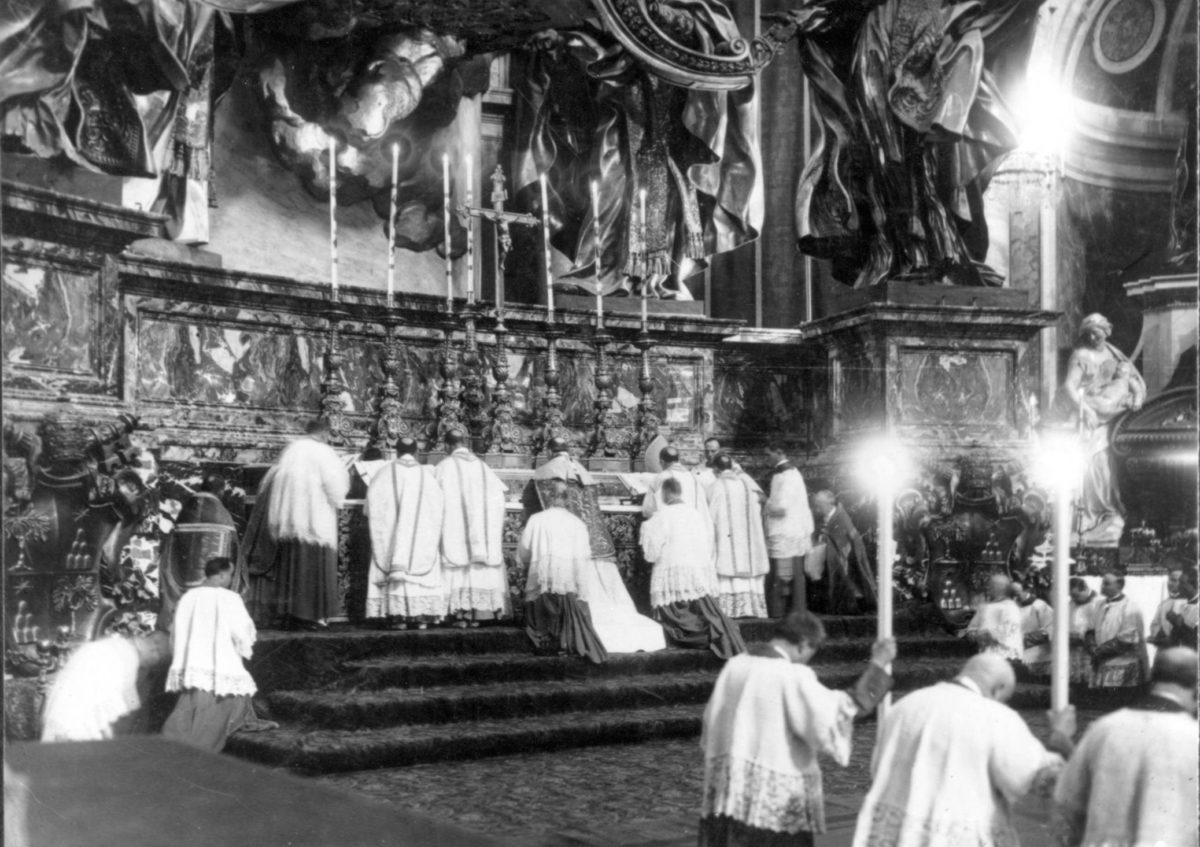 Holy Father Pius XI, in the centre, in pontifical vestments with a spread train of his cassock, at the consecration during a recited Holy Mass celebrated on the Altar of the Cathedral in the Patriarchal Basilica of St. Peter at the Vatican on October 28, 1926. During this liturgy the pope conferred episcopal ordination to the first six Chinese in history, whose co-consecrators were, kneeling in copes on the side steps of the altar, titular archbishop of Nicomedia Carlo Cremonesi and titular archbishop of Theodosiopolis in Arcadia Celso Benigno Luigi Costantini.