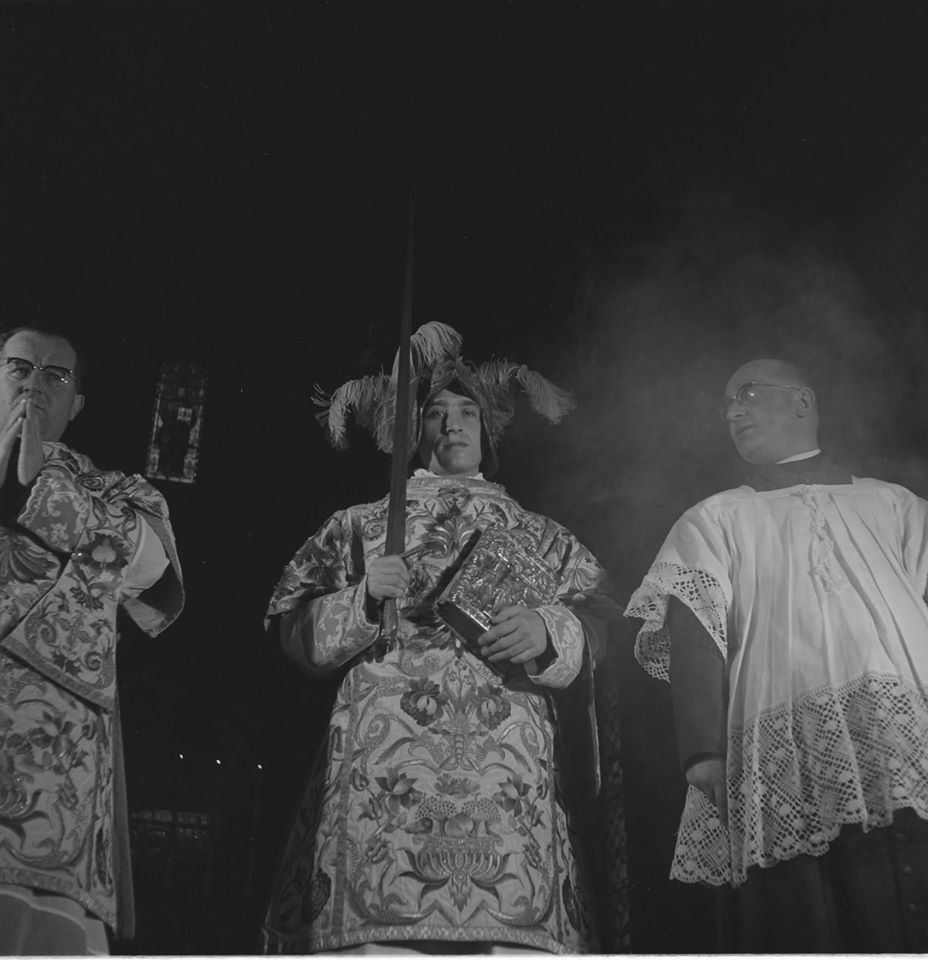 In Cividale del Friuli, a town belonging to the former Patriarchate of Aquileia, in the archipresbyterial church of the Blessed Virgin Mary Assumed into Heaven, on the feast of the Epiphany, there was celebrated a solemn Holy Mass called “the Broadsword Mass” or “the Sword Mass”. This custom, which has changed somewhat over time, has survived to this day. It takes its name from the ceremonies performed by one of the canons of the chapter, acting as a deacon, holding a sword and a lectionary in his hands and wearing a helmet on his head. In this outfit, he comes out of the sacristy. When in the chancel, he greets the celebrant, canons and the faithful, performing slow swings with the sword, from his face to the ground. Then he parts with his insignia to receive them again for the Gospel, when he repeats salutes before and after its proclamation on a local melody. “Armed” with the sword he also sings Noveritis and Ite, missa est (with a trope), after which he again performs salutes with the sword. 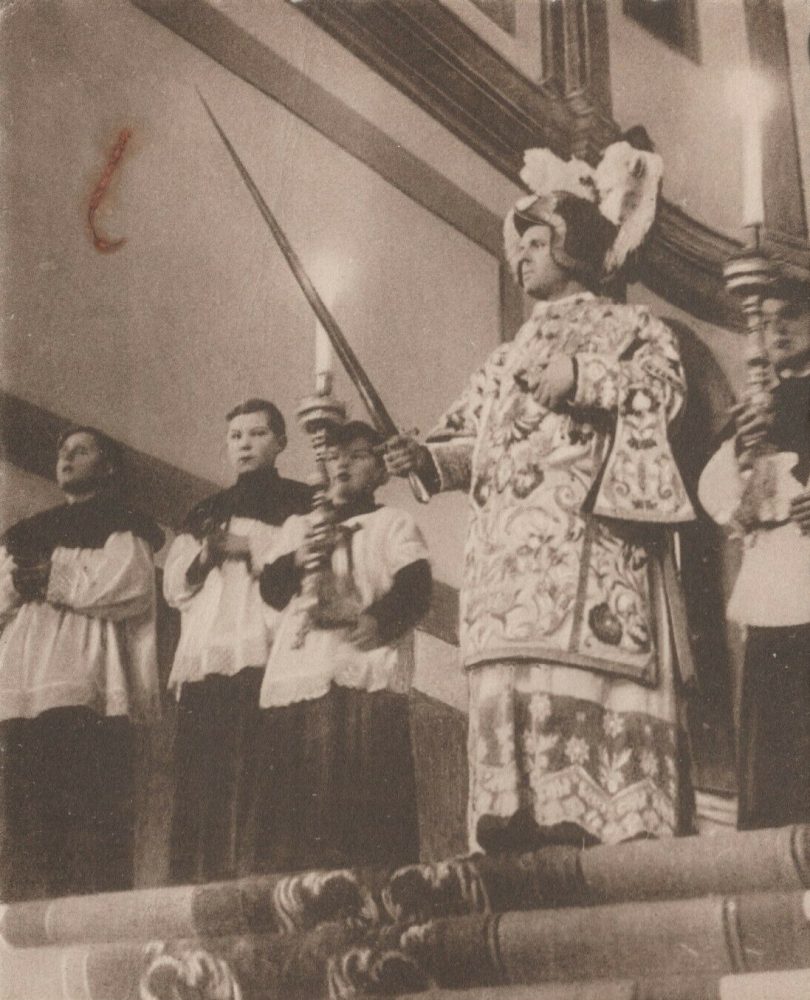