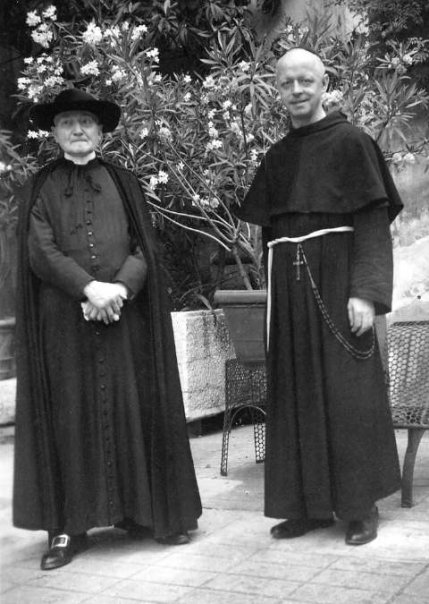 Fr. Léon Gromier (1879-1965) in a ferraiolo, shoes with buckles and a saturno. He was one of the greatest liturgists of the 20th century, a critic of changes in the rites of the Holy Week, a member-censor of the Roman Liturgical Academy, a member of the Special Commission of the General Protocol of the Pontifical Ceremonial, a domestic prelate of His Holiness, a canon of St. Peter’s at the Vatican and a supernumerary Apostolic Protonotary. His critical view of liturgical novelties was the reason why he was not honoured with admission to the College of the Masters of Apostolic Ceremonies, which was his deepest desire.