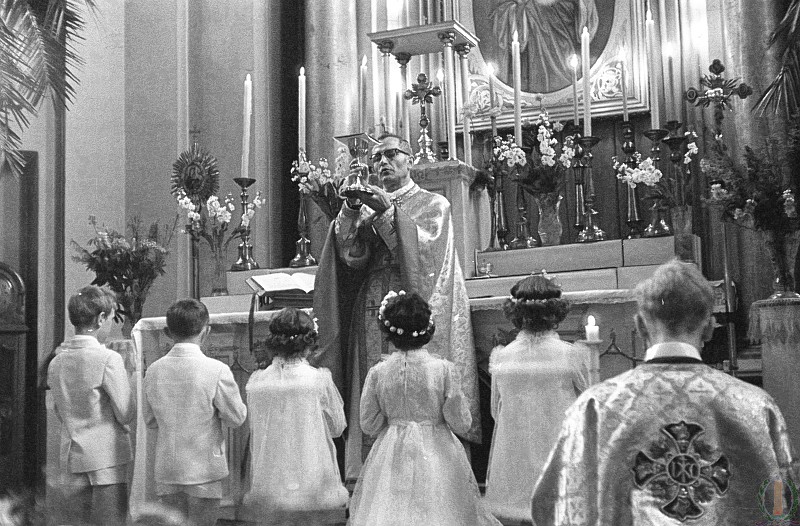 A photo of Divine Liturgy in the church of Warsaw Basilian monks. The information we have received proves that the differences between the contemporary liturgy and that immortalised on the photos boil down, above all, to the removing of all Latin accretions: the altar is different (without steps, and the candlesticks have been replaced by a chandelier: ergo, the new altar has the form of that which stands in classical Orthodox churches), the side altars has also been removed, there is a new iconostasis, the bells generally are not used, the faithful receive Communion standing and Old Church Slavonic has been replaced by Ukranian.