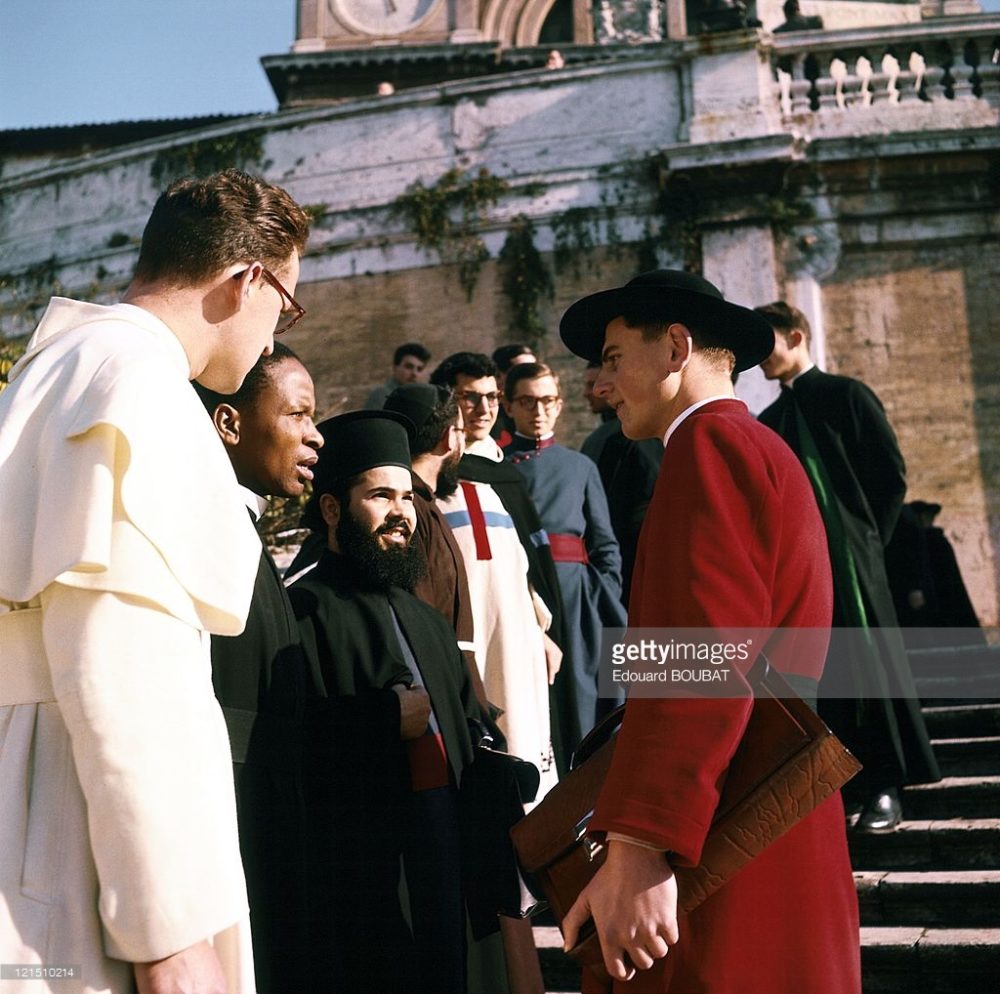 In the foreground, in the white habit girded with a belt in the same colour and in the unbuttoned mozzetta with a hood, a Premonstratensian is standing and next to him, in the red cassock with a black sash and hat, a member of the German-Hungarian College. Opposite him, in the kamilavka and a blue cassock with a red sash visible under a black coat, there is a seminarian of the Greek College whose friend is standing a few steps higher. Between them are standing a Capuchin and a Trinitarian. Behind the “boiled lobster”, as the seminarians of the Collegium Germanicum et Hungaricum were called, one may see a green-lined soprana – it might be a seminarian of the Polish College.