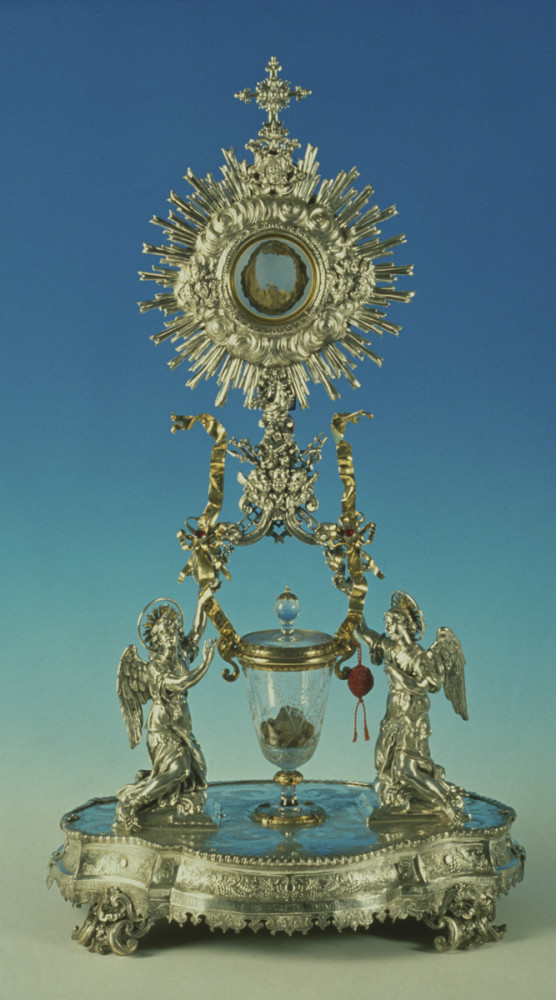 The silver reliquary from Lanciano containing in crystal containers the Body and Blood of Christ miraculously transformed during Holy Mass celebrated in 700 A.D by a monk who has doubts about the truth of Transubstantiation. The blood of the Lord has congealed into five uneven lumps. Several times it was noted that the weight of the nuggets does not match the laws of physics: one weighed as much as all together, the weight of two was equal to the weight of three, while the weight of the smallest was this same as the weight of the largest. In February 1574 witnesses confirmed that the weight of five lumps equaled the weight of each individual lump. In subsequent attempts this wonderful phenomenon has not happened again.