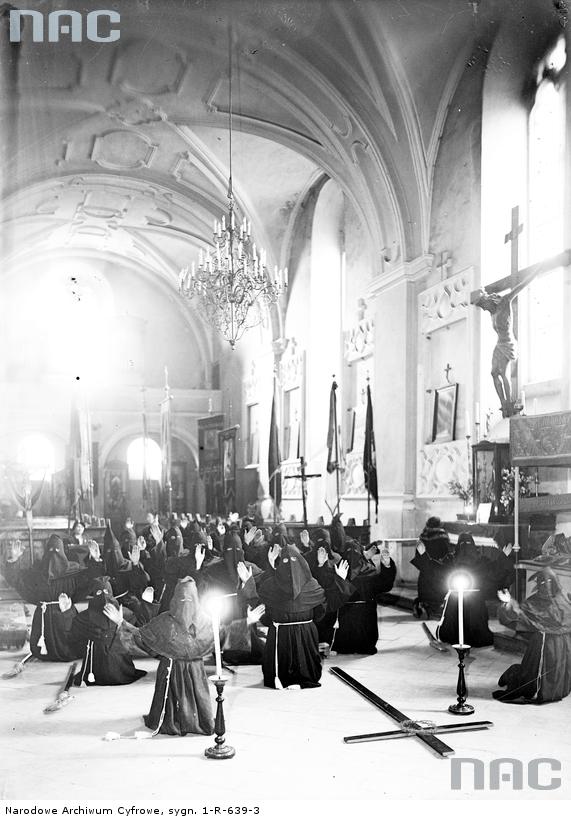 Members of the Archconfraternity of the Lord’s Passion, existing from the end of the 16th century to the present day, while praying in the chapel of the Passion of Christ in the Franciscan Church in Kraków, A.D. 1933. In addition to participating in penitential services, especially during the Lent, the members of this association dealt with a wide range of charitable and social activities, including the organization of funerals, from which their second name, the Archbishop of Good Death, was derived. One of the many privileges granted to them was the possibility of releasing on Holy Thursday one prisoner sentenced to death, who then took part in the procession of the brotherhood carrying a candle and a skull. 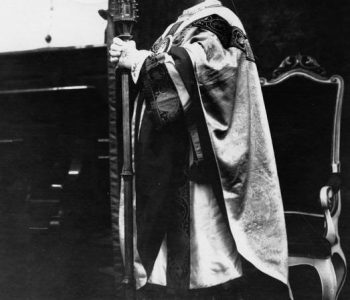 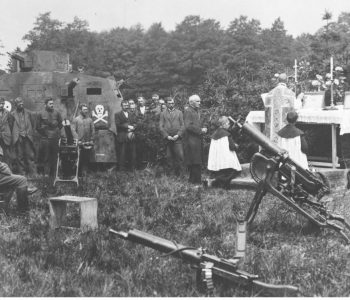 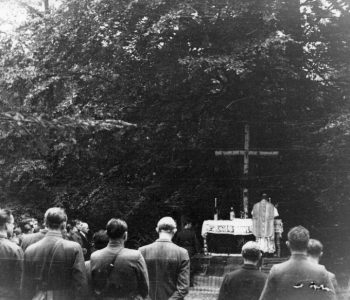