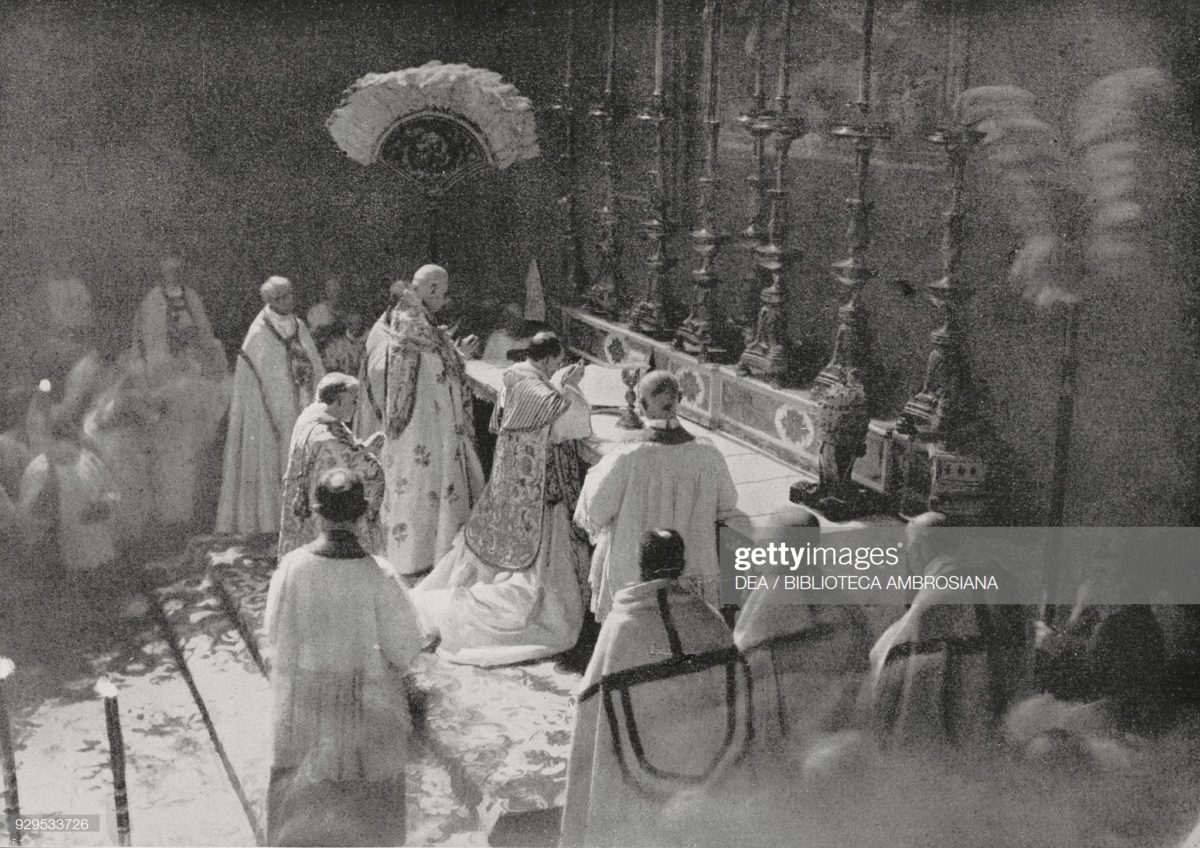 September 6, 1914, the Coronation Mass of Benedict XV. It did not take place, as it was customary, in the Basilica of St. Peter, but in the Sistine Chapel at the Apostolic Palace in the Vatican. This was caused by the desire to reduce the joyful pomp in the face of the outbreak of World War I. However, what is interesting on the photo, is the fact that the flabella, which were normally left at the papal throne, were kept on two sides of the altar while the liturgical action was taking place. 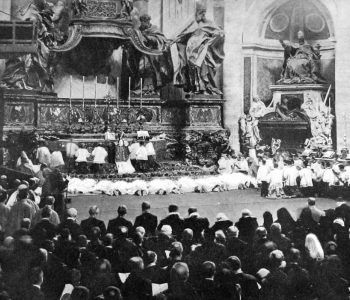 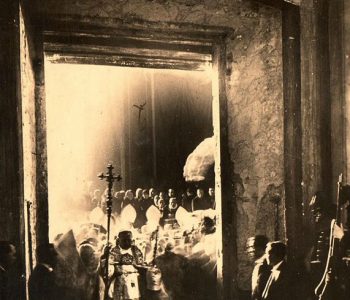 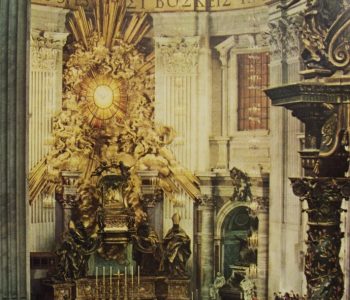