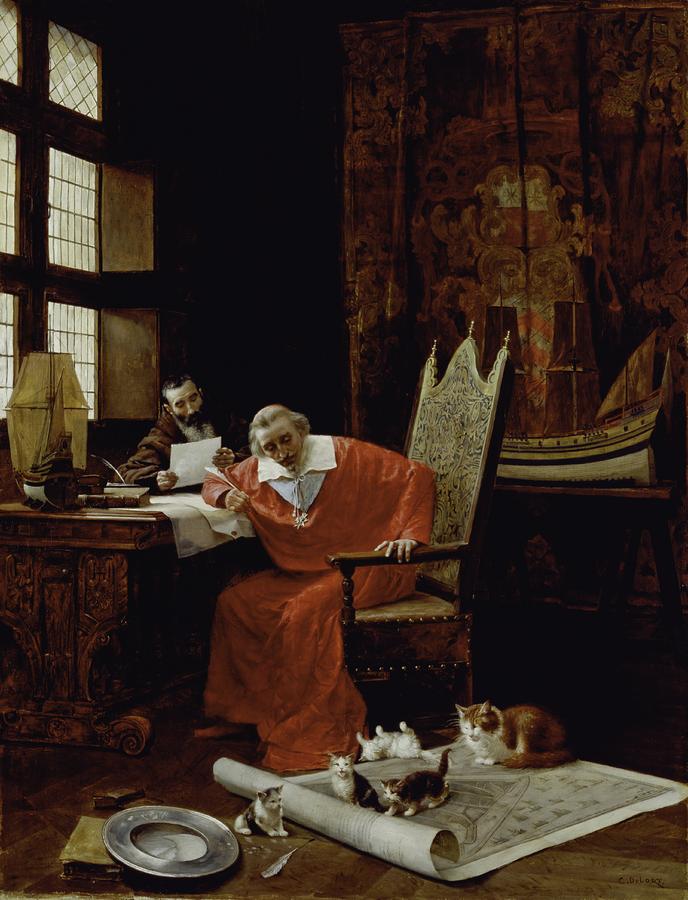 Charles Édouard Delort depicted cardinal Richelieu’s kitties. The prelate is said to have had 14 of them, including one from Poland. In the background, we see a close adviser to the first French minister, Father François Le Clerc du Tremblay O.F.M. Cap. which, from the color of the habits he worn, was called the “gray eminence”, which term became eponymous for influential people who did not hold any significant offices. 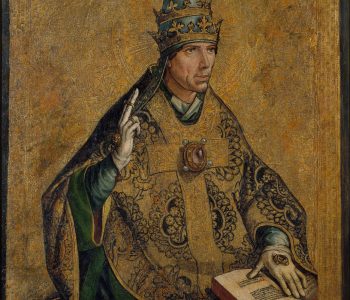 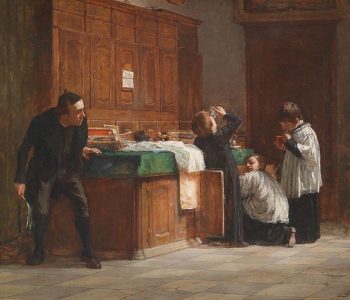