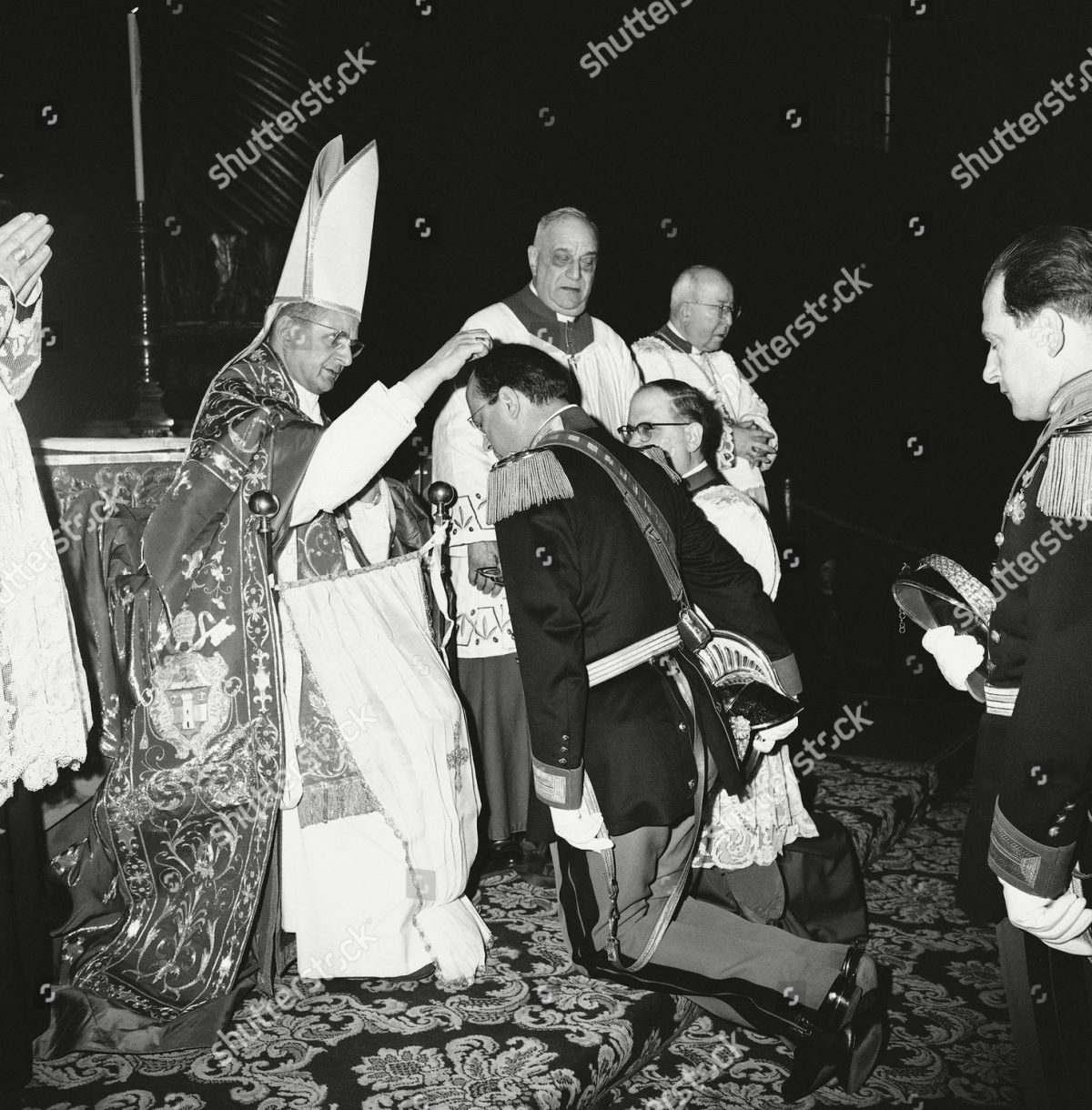 Holy Father Paul VI, in the mantum of John XXIII, sprinkles with ash the head of count Franco Franchi de’ Cavalieri, captain of the Papal Noble Guard, Ash Wednesday, February 23, 1966. A gremiale, decorated with a cross in the middle and a galloon on the sides,  is tied to a handrail of the faldstool, which is placed in front of the high altar of the Basilica of St. Peter in the Vatican. To the left of the Pope, there is the Master of Ceremonies, Mons. Salvatore Capoferri, who performed this function in the years 1965 – 1968. 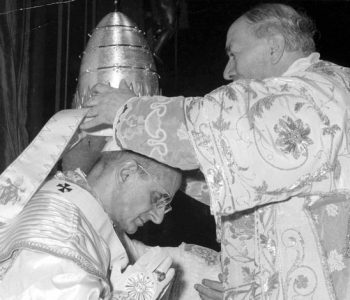 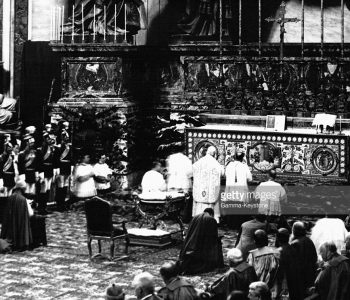 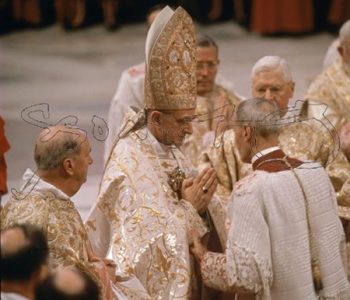 How to join hands.