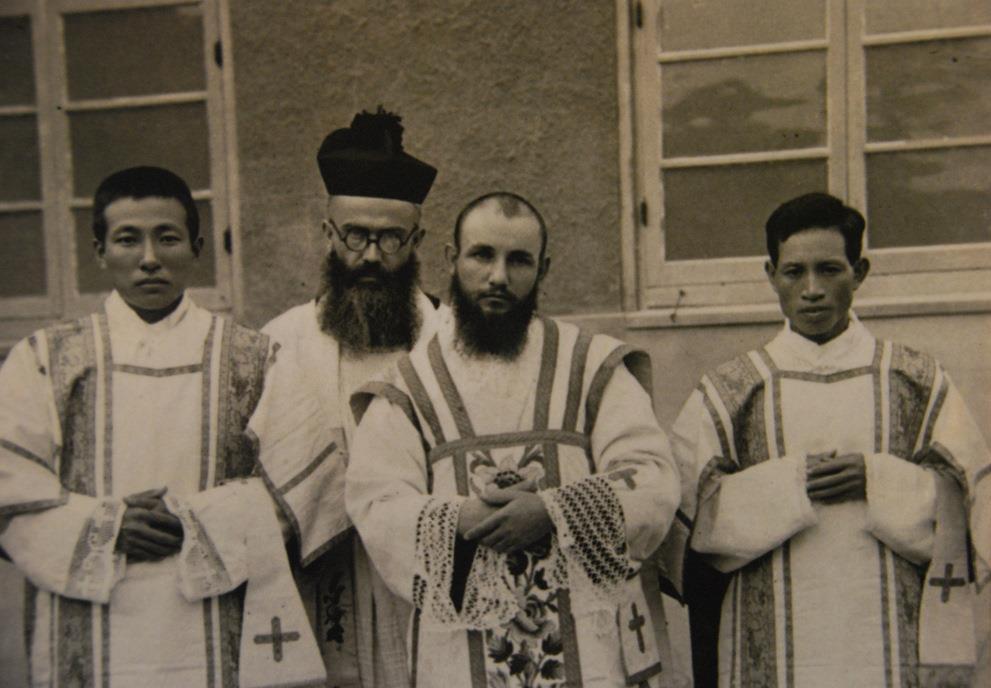 Father Maksymilian Maria Kolbe O.F.M. Conv. together with other Franciscan brothers dressed in mass vestments, two of whom are Japanese. Father Kolbe spent six years on missions in the Land of Cherry Blossoms, where he founded a monastery in Nagasaki, which name in the local language meant the Garden of the Immaculate (Mugenzai no Sono), the lower seminary, and also where he published the Knight of the Immaculate (Seibo no Kishi), which in 1935 was issued in 70 000 copies. 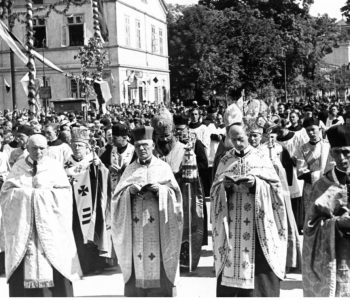 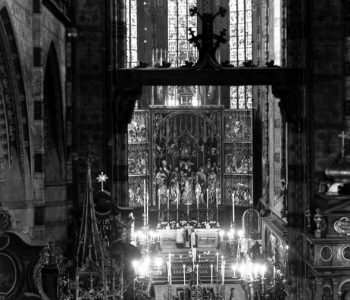 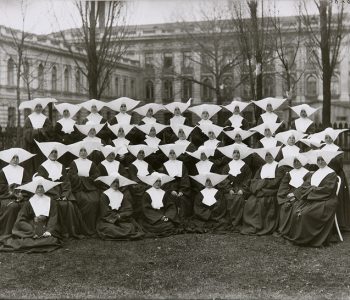