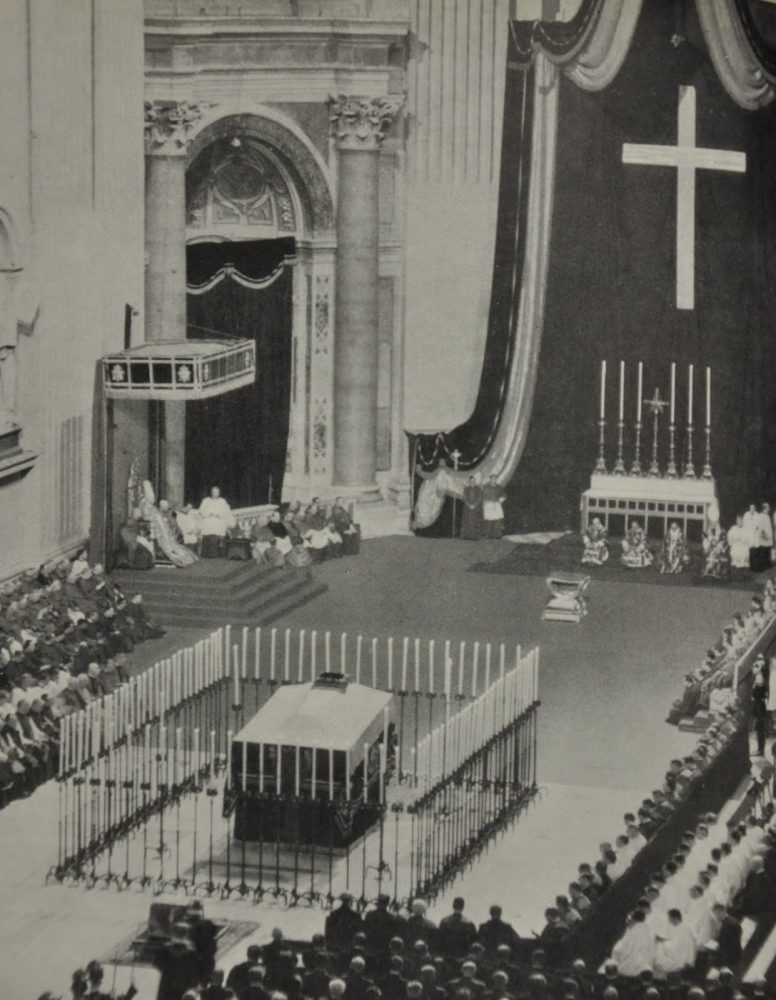 The funeral Mass for the soul of the deceased cardinal celebrated in the presence of His Holiness John XXIII in the Basilica of St. Peter at the Vatican, February 17, 1960. The Pope, surrounded by cardinal deacons, is sitting on the throne on the left, whereas assistants at the Mass have taken their places in front of a portable altar set in the northern apse of the basilica: the priest assistant, deacon and subdeacon on its steps, and the celebrating bishop at the faldstool. An additional faldstool for the pope is visible in front of the altar. In the foreground,  one may notice an unusual arrangement of the catafalque surrounded by dozens of candles. 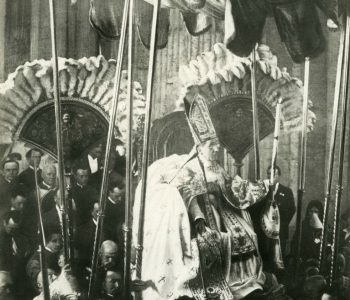 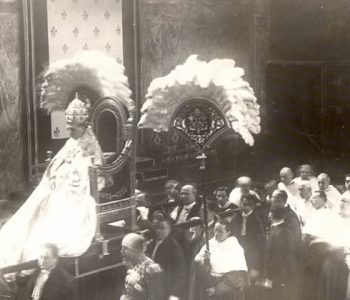 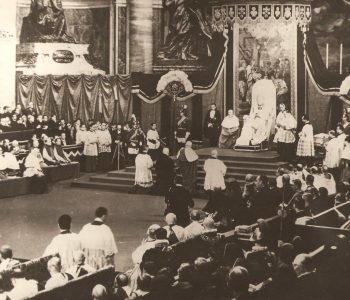