The bishop’s solemn benediction (less solemn, used during the Low Masses differs only in the lack of the mitre and the pastoral staff) looked as follows: after Placeat, the bishop, standing in front of the altar, receives the mitre. While singing Sit nomen Domini benedictum, he draws the sign of the cross on his chest with the thumb of right hand; left hand is held on the altar. While the choir responds bishop rests his hands on the altar stone, then he sings Adiutorium nostrum in nomine Domini and makes a big sign of the cross with his right hand, which he places on the altar again. After the choir’s response, the bishop raises his eyes and hands, after which he immediately lowers his gaze and hands and joins them together at the height of his face and sings Benedicat vos omnipotens Deus. Then he turns right and receives the pastoral staff in his left hand. While singing Pater he blesses those by the side of the Epistle; at et Filius he blesses those in front of him; at et Spiritus those by the side of the Gospel. Subsequently he turns to the altar – in this manner he makes a circle. During the versus populum masses the bishop does not turn during the benediction, but he starts blessing from the Gospel’s side.

The archbishops (and other prelates, who have the privilege of carrying the cross in front of them) used to bless in the same manner as the bishops, however without the mitre and before the benediction they inclined their heads in front of the cross that was carried by the chaplain kneeling before them.

The solemn blessing „To the City and to the World” (Urbi et Orbi) used to be given by the Holy Father from the balconies of three great Roman basilicas: Vatican: on Maundy Thursday, on Easter Sunday, on the feast day of ss. Peter and Paul and on the day of the coronation; the Lateran Basilica: on the Ascension Day (but sometimes on Pentecost as well) and during the enthronement to the basilica; Esquiline (Basilica of Saint Mary Major): on the Assumption of the Virgin Mary into Heaven.

Such a blessing was also given on certain other occasions, for instance, during the Holy Year. Formerly, before the fall of the Papal States, the blessing was granted from the loggia of the Quirinal Palace on Epiphany, Pentecost or All Saints’ Day. A possibility of gaining a plenary indulgence is connected to the blessing „To the City and to the World”. 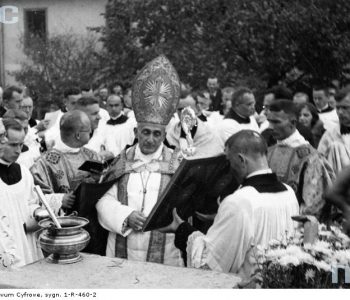 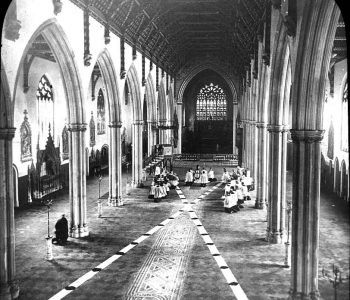 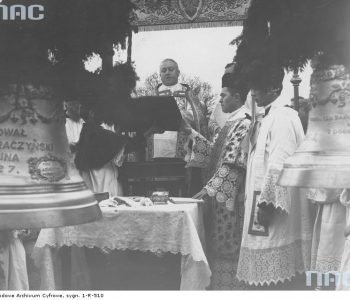