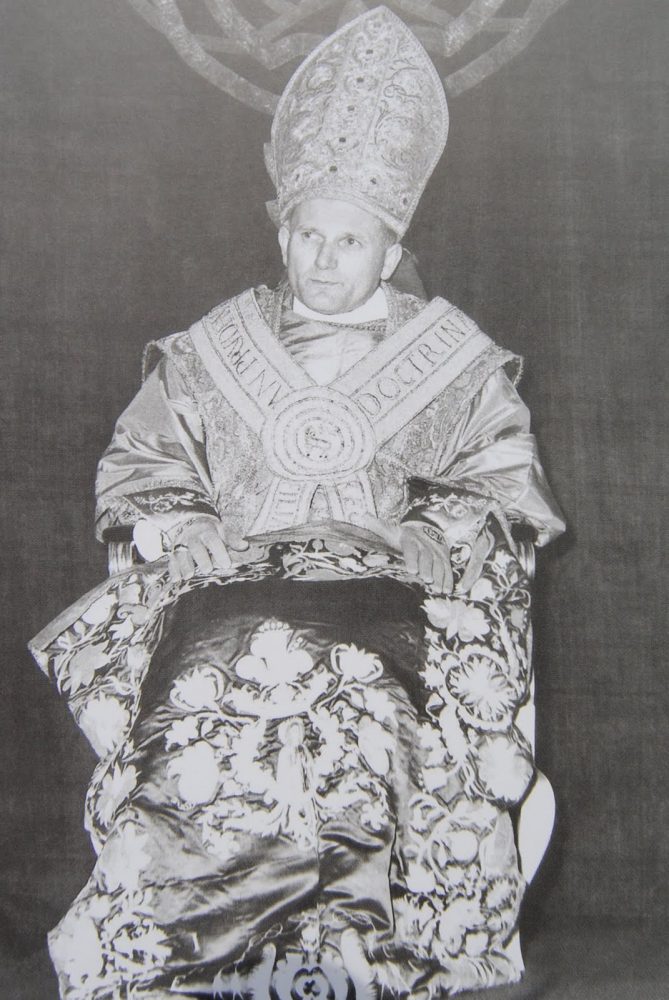 The Metropolitan of Cracow, Archbishop Karol Wojtyła, sitting on the throne during the High Pontifical Mass celebrated on the day of the ingress to the Royal Cathedral at Wawel. On his shoulders one can see a rationale (lat. rationale, superhumerale) which, according to historical records, was embroidered by the Queen of Poland Saint Jadwiga of Anjou herself. It rests on a chasuble made of 16th-century Italian brocade and trimmed with a golden gallon founded by another Polish queen, Anna Jagiellon. On that day, there was also used, partly visible in the photo, the ring of the 12th-century bishop of Cracow Maurus, the gremiale and crosier of bishop Małachowski and two mitres belonging to bp. Andrzej Lipski and card. Jan Aleksander Lipski. 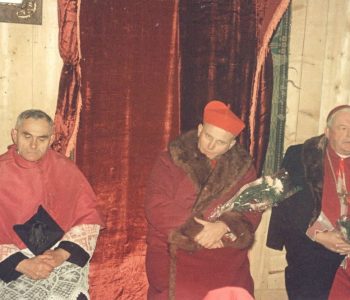 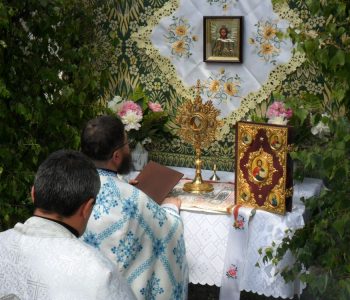 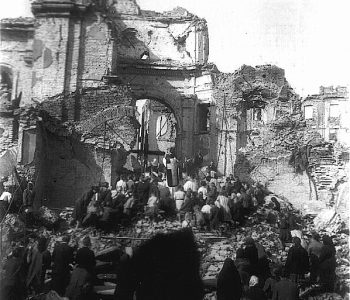 Mass in the ruins