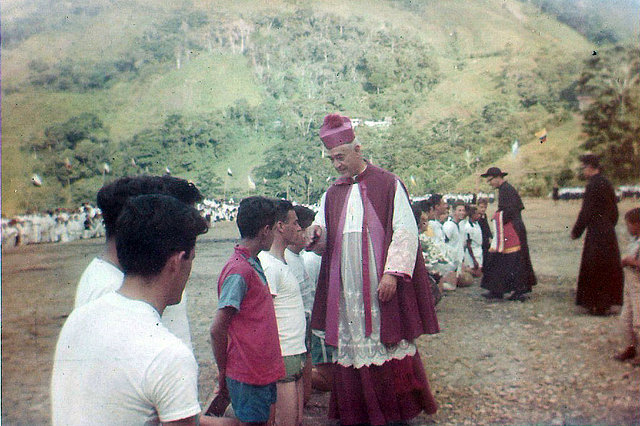 Having given his blessing, bishop Miguel Ángel Builes Gómez walks among the players so that they can kiss his ring. Known for his love of pompoms, Bishop Gómez was a shepherd following the example of Christ. He founded four religious congregations to promote knowledge of the truths of faith in his rural diocese. He was also the only Colombian hierarch who openly opposed liberalism; He called his episcopal confreres “sleeping dogs” because of their refusal to take a stance against modern errors.

It has been said recently with great stubbornness that liberalism is no longer a sin; the bishops not only are silent, but forbid talking about liberalism […] and therefore being a liberal is no longer wrong […] Nothing could be more wrong, because what is really bad will never cease to be so, and liberalism is fundamentally bad.

He died in 1971 in the odour of sanctity. In 2001, his beatification process began, and now he has the title of Venerable Servant of God. 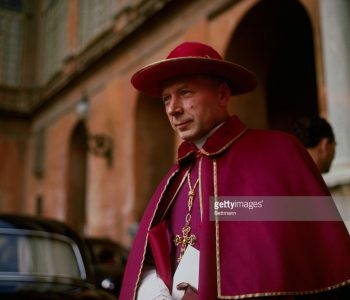 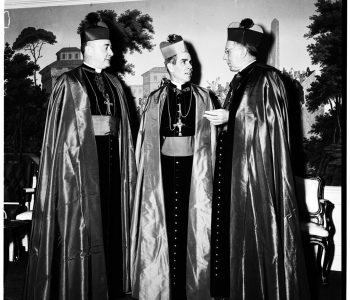 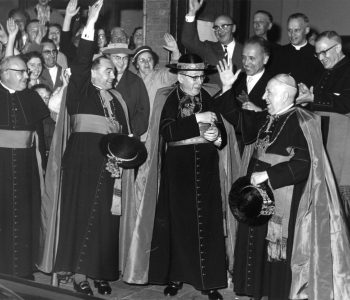