Some time ago I went to visit a priest I know, together with two friends; as we all are altar boys of the Latin Mass it was obvious that our conversation concentrated on the ecclesiastical issues, mainly the liturgical ones. It is a pleasure to talk with young people who put the God’s service in the centre of their spirituality but even in such a group may appear divisions in terms of certain issues. The one which caused a heated discussion in our case may be boiled down to requirements. In fact, we discussed the physical ones but, characteristically for the sphere of religion, it concerned also the spiritual ones. How much should the Church require from Her faithful in these matters?

Whoever gets acquainted himself, even superficially, with unfortunate reforms conducted under Paul the Sad knows that they were based mainly on cancelling and deleting. The best and simultaneously most depressing example was the Roman Missal – the rubrics and even some ancient prayers were deleted with a single move of hand and thrown into the wastebasket of history, in parts or in the whole. At least that was what the then reformers believed in. If the liturgy had taken such a potent blow as a result of “the new Spring”, the other aspects of ecclesiastical life must have been hit at least with some ricochets. The calendar, vestments, the habits of female religious orders, discipline, breviary, seminar formation, sacral art and architecture, indulgences – all what possible has been changed in terms of form or the content according to one key: simplify, shorten, in general – require less and less.

Thanks to lowered requirements the laymen and the clergy now enjoy more free time, more, so called, ease: less feast days, less breviary to pray, shorter liturgy – it should evoke widespread delight in the faithful who should fill the churches to capacity in order to take part in simplified and less demanding services with a great joy. Somehow it did not happen. It might seem strange to those who naively thought that a certain loosening of the discipline towards the world, which strives to destabilise as much as possible, might help in any way. It did help – to empty the churches.

In the discussion during the trip I also outlined my own vision of the Holy Week, the culmination point of which would be the Paschal Vigil, celebrated obviously according to the rite from before a completely failed reform of Pius XII. Misunderstanding or even irritation of my colleagues was caused by my proposition to extend the celebration over the whole night from Saturday to Sunday. Of course, I reserved that such a change could be introduced after a fundamental liturgical renewal and a proper teaching, which would be indispensable. Today the same means must be used when introducing an ordinary Mass in the Latin rite and a complete restoration of the former liturgical forms and disposing of unfortunate of abp. Bugnini would require such measures unconditionally. Let’s assume that the times of the old liturgy (to suit my needs I omit changes which could happen in it) returning en masse to the Church came and the Triduum takes place, together with its culmination point. Long liturgy of Paschal Vigil, with twelve readings, starts short of midnight and ends with a Mass with the resurrection procession. How long would it take? Probably it would last to the small hours. Abstraction? An unrealistic idea? For many, probably so. But not for me.

The Vigil itself is not a celebration in which a Catholic must take part – this requirement only applies to the Mass on Resurrection Sunday. Thus, the faithful who would not have strengths to endure the whole night could participate in the Mass in the morning or even during the day. Such a vigil would be undoubtedly utterly tiring, especially for the clergy and altar boys. However, would one night in the year spent on praying, as the first Christians did, be such a great sacrifice? Seeing that weddings last from afternoon to early morning, therefore much longer than our hypothetical Paschal Vigil, it should not be such a big issue. A dispensation to drink coffee somewhere aside, until the beginning of the Mass, would not be a dull solution, though In case of the young, who are able to spent the whole night clubbing or drinking, talking with friends, the issue seems to be relatively non-existent. When my friends suggested that it is impossible I gave the example of neocatechumenate; they responded that it is another issue. Why? Cannot one require ordinary Catholics, formed with proper teachings, to spend one night at Lord’s side? As it occurs, even neons can give a good example ;)

But can the Church require so much from the faithful? Not only do I believe that she can, but she must. Today we are so used to the lowered requirements that even a 45-minute Sunday Mass is a reason to complain: it lasts so long… God forbid it last an hour! I understand the faithful who attend the new liturgy, as the most time-consuming elements are, so called, three sermons: an introduction before the Mass, the homily and pastoral announcements. The new rite is so boring that a celebration which lasts more than 45 minutes may indeed tire a Catholic. However, I also know people who would like to shorten even the old rite, in order not to sit in the church so long. For me, the lack of willingness to devote about an hour and a half on Sunday to God is disturbing. I do not even intend to elaborate on the statements that this is because of the times we live in: we are always in hurry; everything should be short or quick. Firstly, the Church is not to follow the, so called, spirit of the times, because, as G.K. Chesterton said: the Church cannot follow the spirit of the times – because of a simple reason: the spirit of the times is going nowhere. The Church at best may get stuck in a swamp together with the spirit of the times to stink and rot with it. Secondly, the constant acceleration does not solve the problem but it magnifies it, on which wrote abp. F.J. Sheen: Never before have men possessed so many time saving devices. Never before have they had so little time for leisure or repose. When the world unnecessarily accelerates, the Church should slow down.

Would it be difficult to accustom the man to undertake more demanding challenges, meet higher expectations in terms of faith? It would not be easy, presumably, even if we could prove them right. But is the man not searching requirements for himself? Does he not impose on himself trainings or races, regardless of the season? Does he not plan diets and fasts heavier than these now imposed by the Church? How easily could the Church again fit in this desire of self-improvement and give it higher, broader meaning! Only those who thought that by letting down they would attract people to the Church, believe that the further “relaxation” is going to help. On the other hand, the example of post-conciliardom clearly presents that people want a Church which will speak, act and require as the Church has always done; that She will do it to the same extent as Christ did when He walked over the Earth. People simply want authenticity, truth. Yet, the Truth is demanding, and by this means alluring. There are too many spheres in the world where nothing is required – a Church without any demands is superfluous.

Unfortunately, until the crisis and misunderstandings are not overthrown, the only thing the Catholics can do is to follow the words once spoken by John Paul II: Demand of yourself, even if no one else demands of you. It is a pity that he did not confirm this statement by restoring what for ages has been shaping the souls of the faithful. 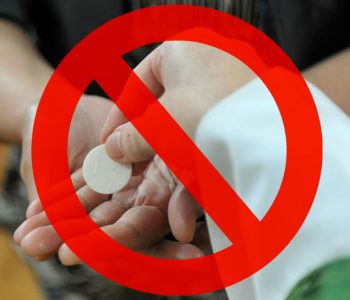 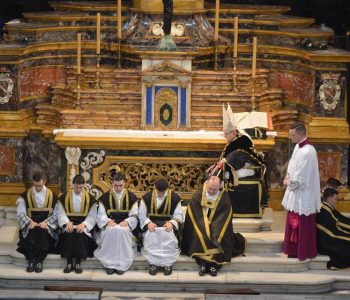 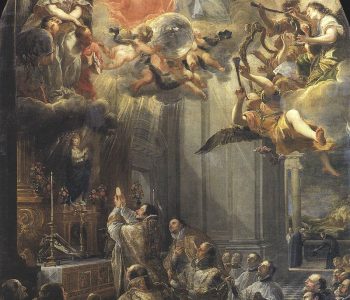