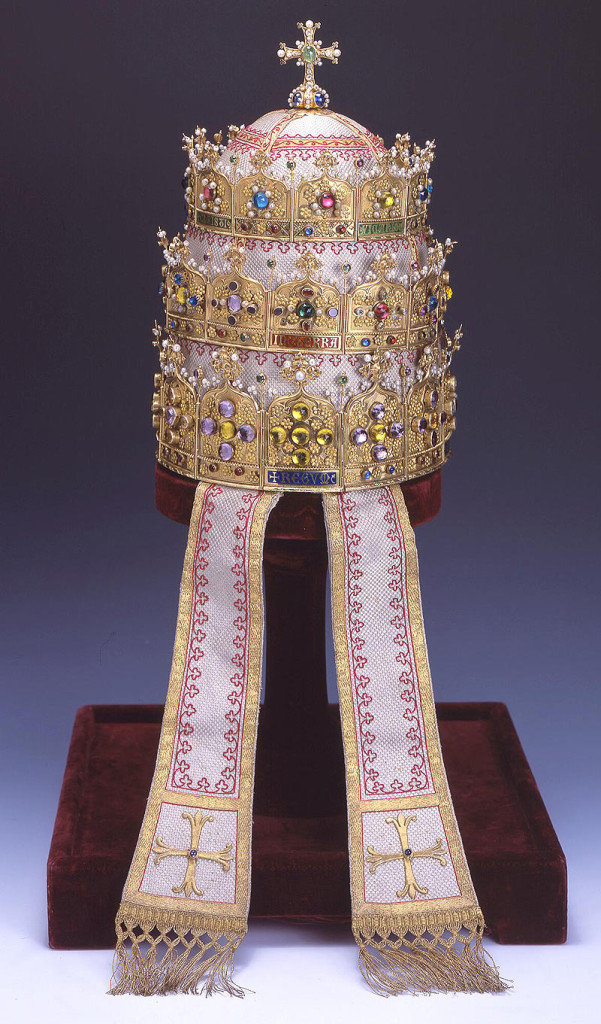 The tiara presented to Pius IX by ladies-in-waiting of the king of Belgians, Leopold II, on 18 June 1871 on the occasion of the 25th anniversary of the Pope’s pontificate and probably as a sign of support for the Holy Father after the loss of Rome, captured by revolutionary Italians. It has a form of a cone, referring to the original shape of the tiara, and unique crowns on which three writings are visible which form a sentence: CHRISTI VICARIO – IN TERRA – REGUM. Gold, gilded silver, pearls, emeralds, agates and rubies were used in the process of its creation, as well as the enamel technique. 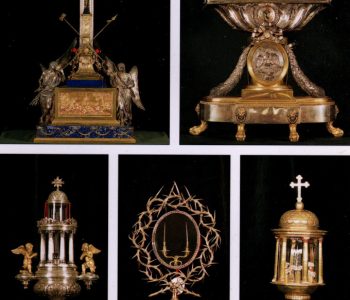 Relics of the Passion 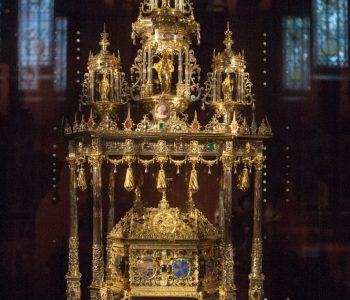 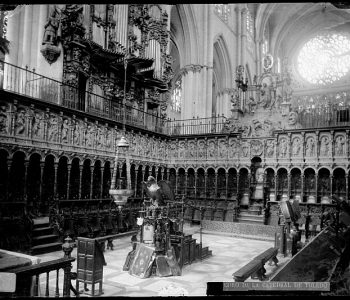