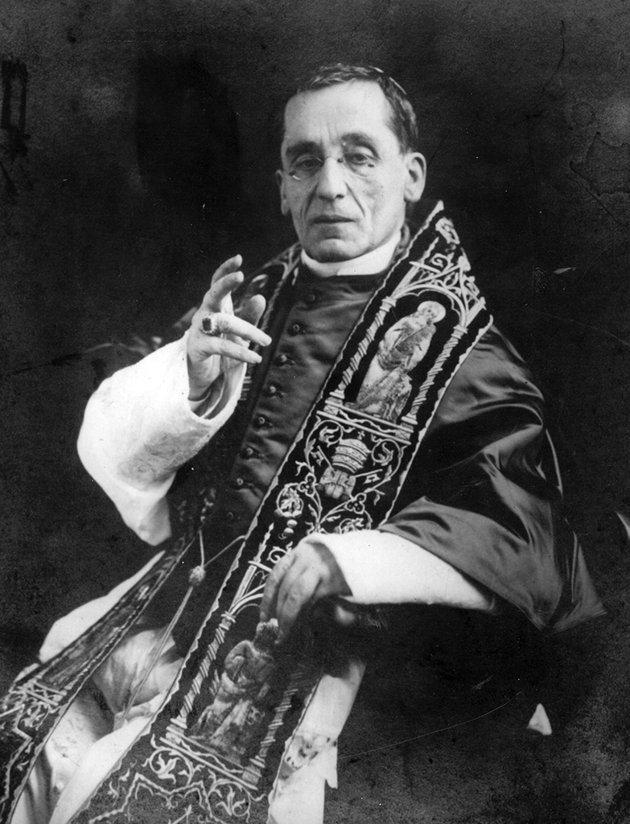 A portrait photograph of the Holy Father Benedict XV (born Giacomo Paolo Giovanni Battista della Chiesa; pontificate in 1914-1922) in a summer choir dress. The Pope is presented in a gesture of blessing which Roman bishops customarily gave by extending the first three and bending the last two fingers of an outstretched hand. On the mozzetta, the Holy Father has a stole named after him, although it is said to have been made before his pontificate. It used to be worn very often by all successive popes until the times of John Paul II, when, due to the visible signs of wear, an almost exact copy of it was made. 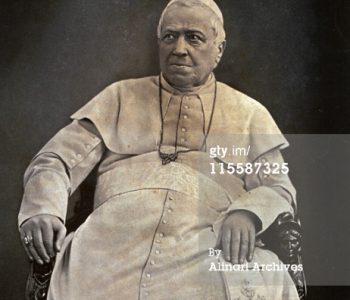 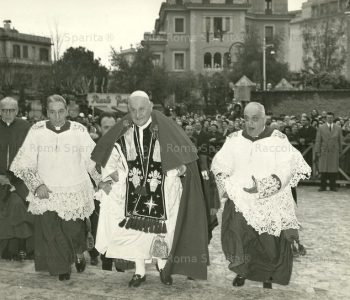 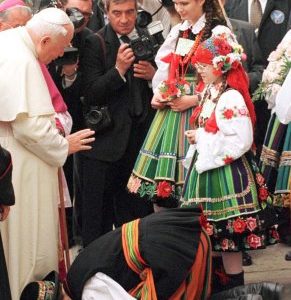