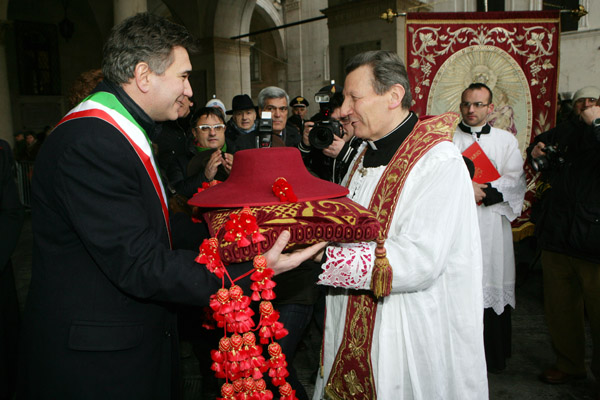 The red galero, called by the locals el capèl, is a material symbol of the protection given to Brescia by its patron saints, Faustinus and Jovita, brothers killed in the 2nd century AD. Before their liturgical commemoration the hat is carried in a solemn procession from the basilica of the saint martyrs to the seat of the local authorities, where afterwards it is exposed in Palazzo Loggia under the guard of police in traditional dress. This tradition dates back to 10th century. 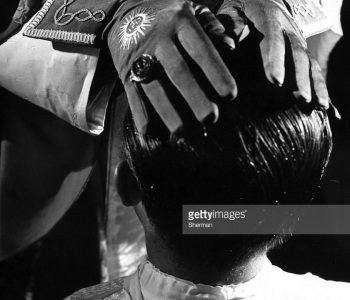 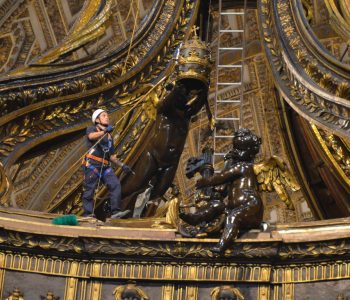 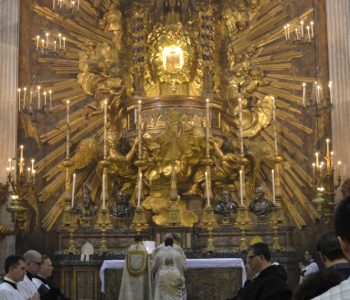