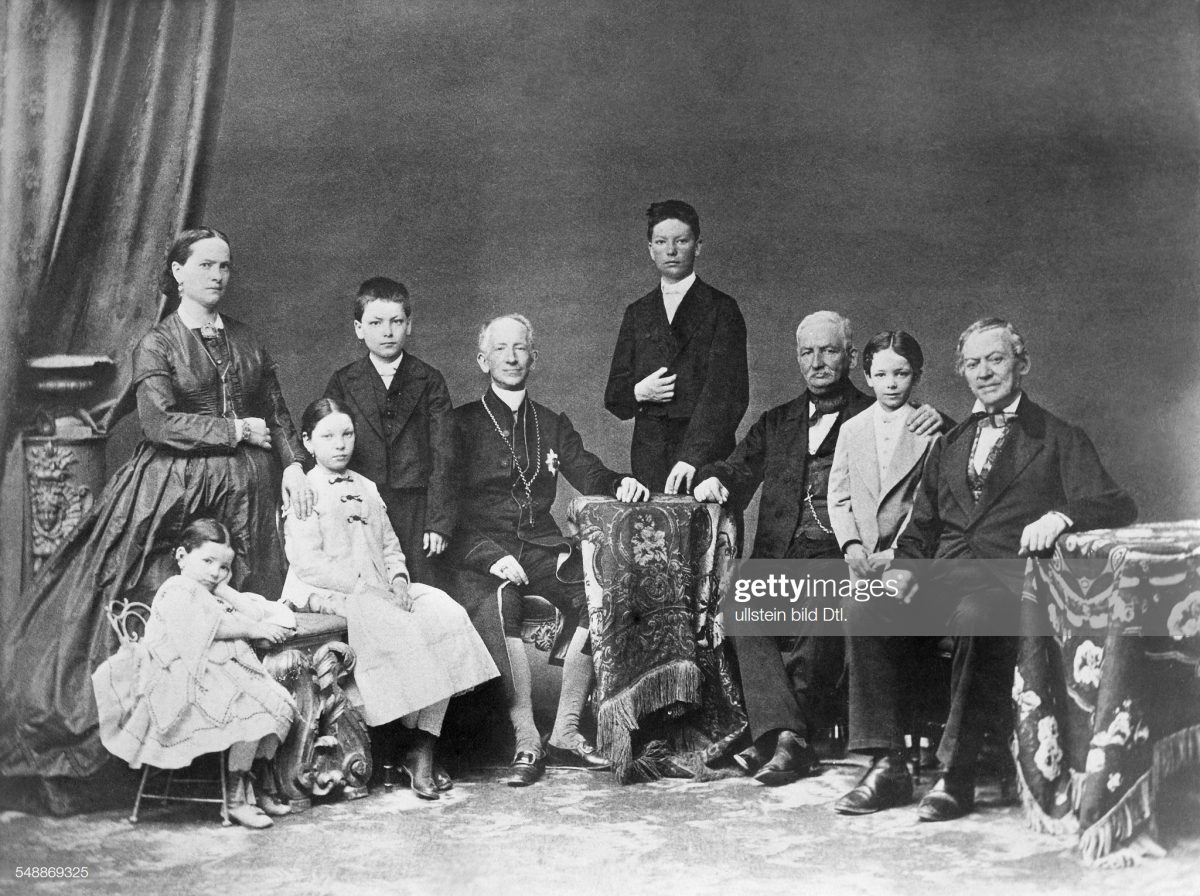 Gioacchino Vincenzo Raffaele Luigi Pecci (1810 – 1903), Cardinal Priest of the church of San Crisogono in Trastevere, bishop of Perugia in the years 1846 – 1880 (so he formally managed the diocese for two years after being elected pope) surrounded by his closest family, 1867. The future Holy Father, known as Leo XIII, is visible in the photography together with his two older brothers, Carlo (third from the right) and Giovanni Battista (first from the right), and his wife Angela with their five children (Lodovico, Camillo, Riccardo, Anna and Maria). The Cardinal’s attire is noteworthy, characteristic of the 18th and, to a large extent, 19th centuries, especially in the Papal States. It is a private, or ordinary, dress (abito privato/ordinario), which at that time was not a cassock, but a kind of half-buttoned frock coat, short knee-length trousers, stockings and buckled shoes. In the case of a prince of the Church, this garment was characterized by red elements, such as the aforementioned silk stockings, the lining of the coat, its buttons and trimmings. The attire is completed with a pectoral cross on a chain and, in this case, a very high clerical collar. 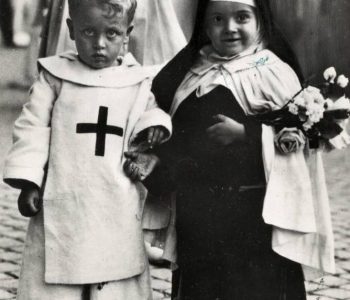 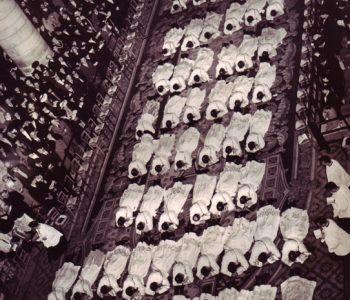