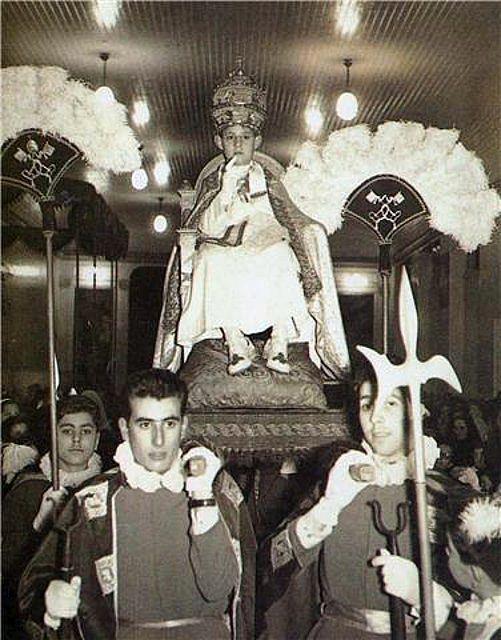 As we mentioned before, in certain places in Spain there was a custom, according to which during plays young boys, usually altar boys or choristers, wearing proper robes, imitated bishop’s courts. The highest level of pomponiousness the children’s festivals of that type reached in Santiago de Compostela, where the photo was taken during celebrations of the anniversary of the papal coronation of Pius XII. Catholic country – Catholic games. 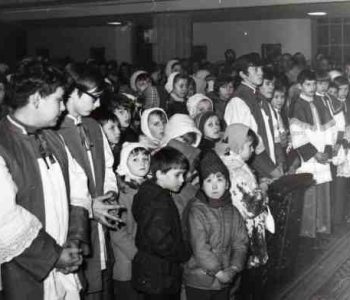 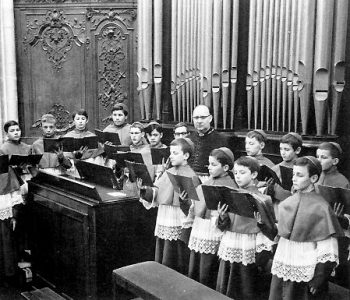 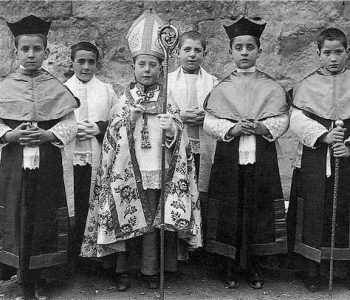