The photo from 1888, taken during the first Mexican pilgrimage to Rome. In the middle, in a ferraiolo, there is Ibarra y González, the vicar general of the archidiocese named beatifully in Latin Archidioecesis Angelorum. He is surrounded by three brothers Tritschler y Córdova in seminarian’s sopranas and on the far right is standing the later canon de la Maza Domeq, a member of the chapter of the metropolitan cathedral in the City of Mexico. Apart from him and Alfonso standing on the left, who did not pursue his ecclesiastic career, all other persons became archbishops and two of them are to become beatified. 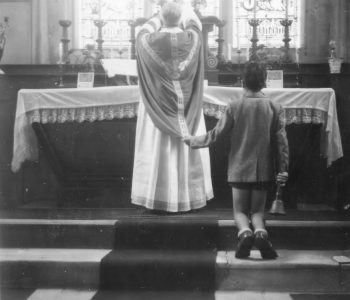 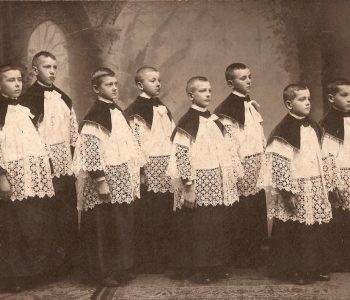