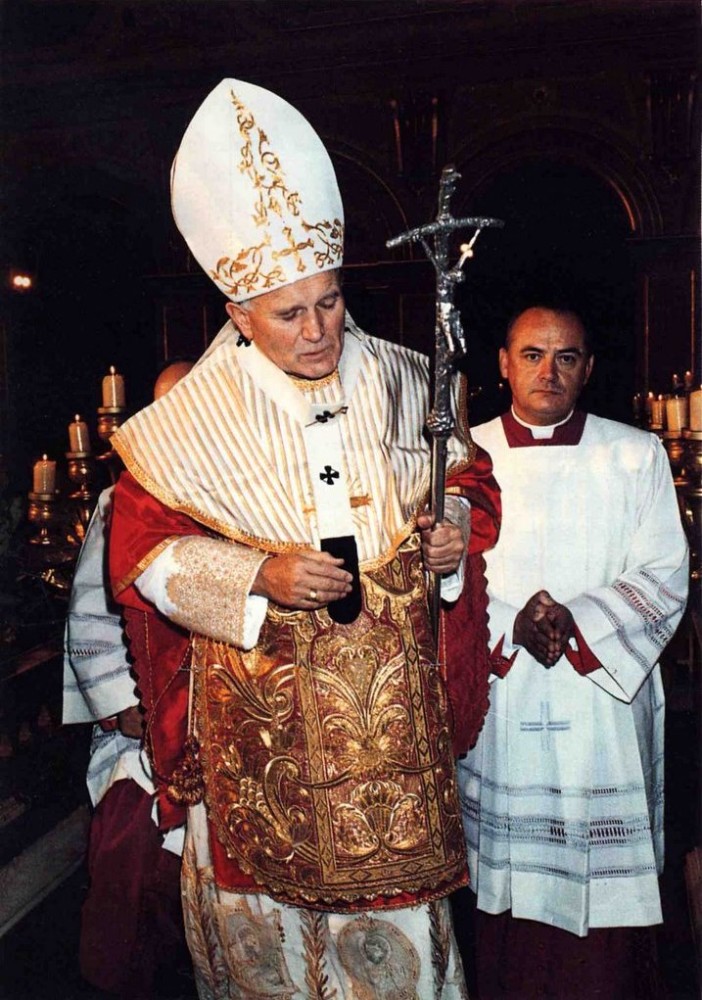 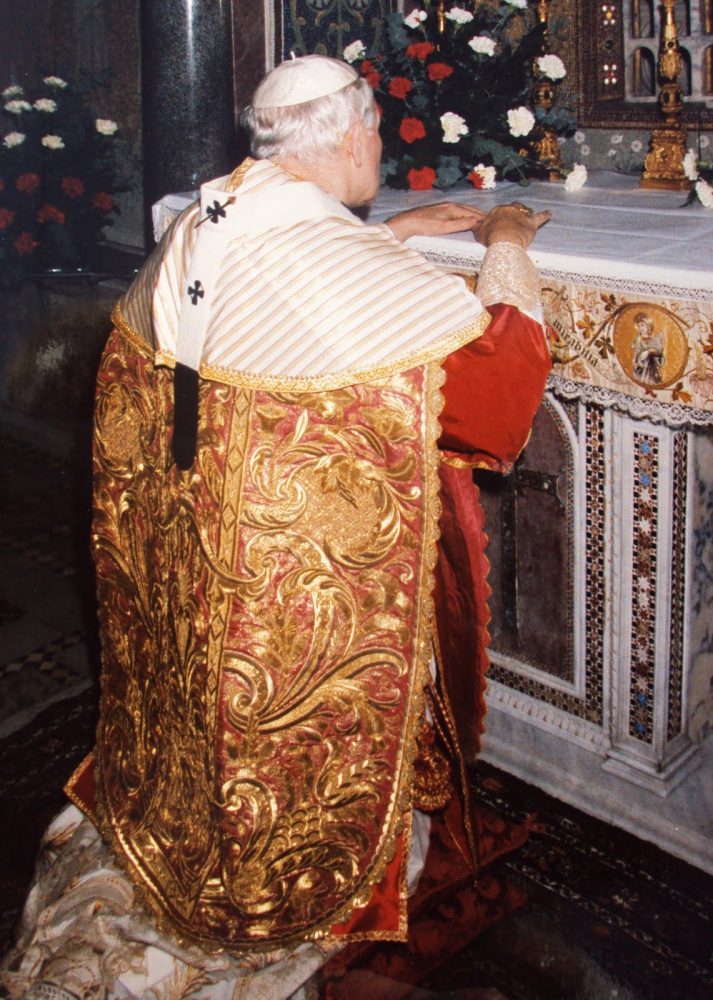 His Holiness John Paul II in traditional pontifical vestments, including a chasuble in the Roman style and in a papal fanon on his shoulders, during his visit to the Roman Basilica of St. Cecilia in Trastevere, where on 22 November 1984 he celebrated the Holy Mass in honour of the patron saint of the church on the day of her liturgical commemoration. This unusual set of vestments was prepared by the Papal Master of Ceremonies and the rector of the church and, as you can see in the photos, the pope did not refuse to put it on. It is the only known occasion when John Paul II used the fanon: we had to wait for 28 years to witness a short-lived return of this traditional element of papal attire during the last months of the pontificate of Benedict XVI. 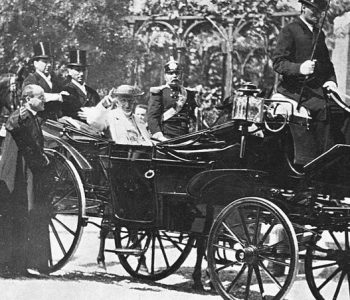 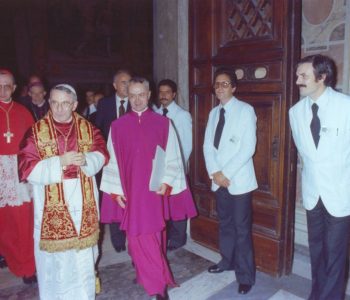 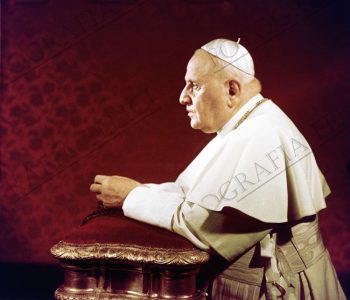