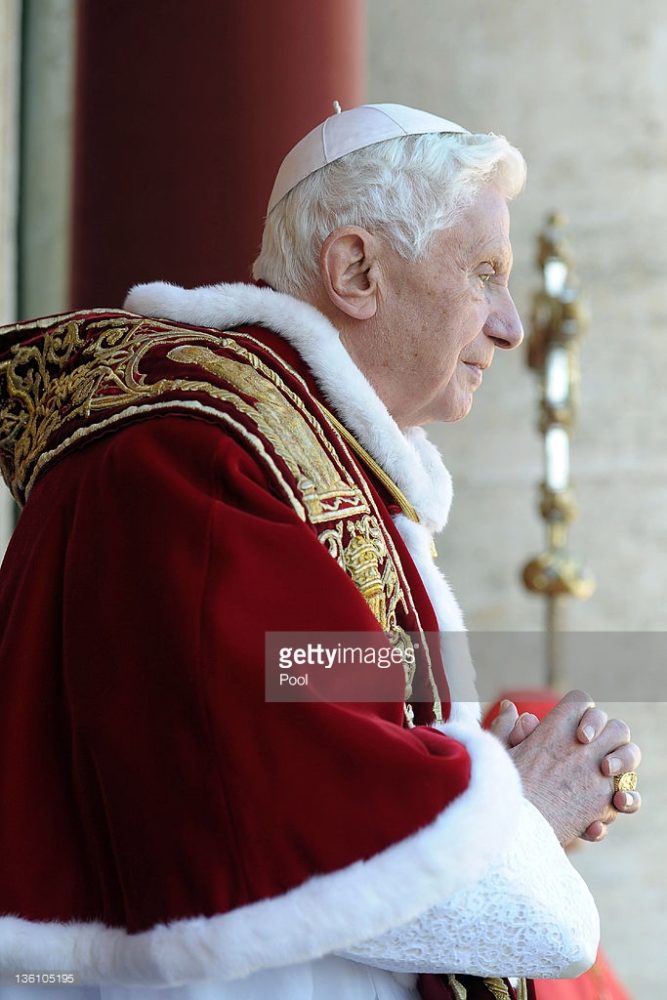 Holy Father Benedict XVI on the central balcony of the Basilica of St. Peter in the Vatican, called the Loggia of the Blessings, during Urbi et Orbi, a solemn blessing to the City and to the World, in this case given on the first day of Christmas, December 25, 2011. The Pope is dressed in a winter choir dress, which in the case of the Bishop of Rome was characterized by red, velvet mozzetta with a small hood, trimmed with white fur, traditionally made of ermine, and the whole is complemented by a stole and a pectoral cross suspended on a golden cord. 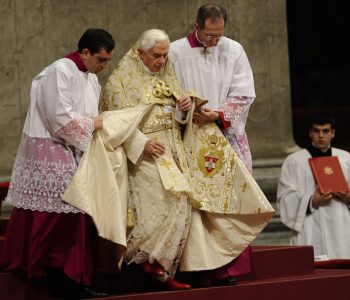 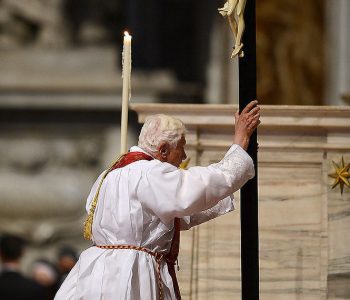 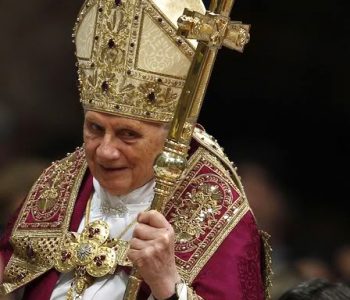