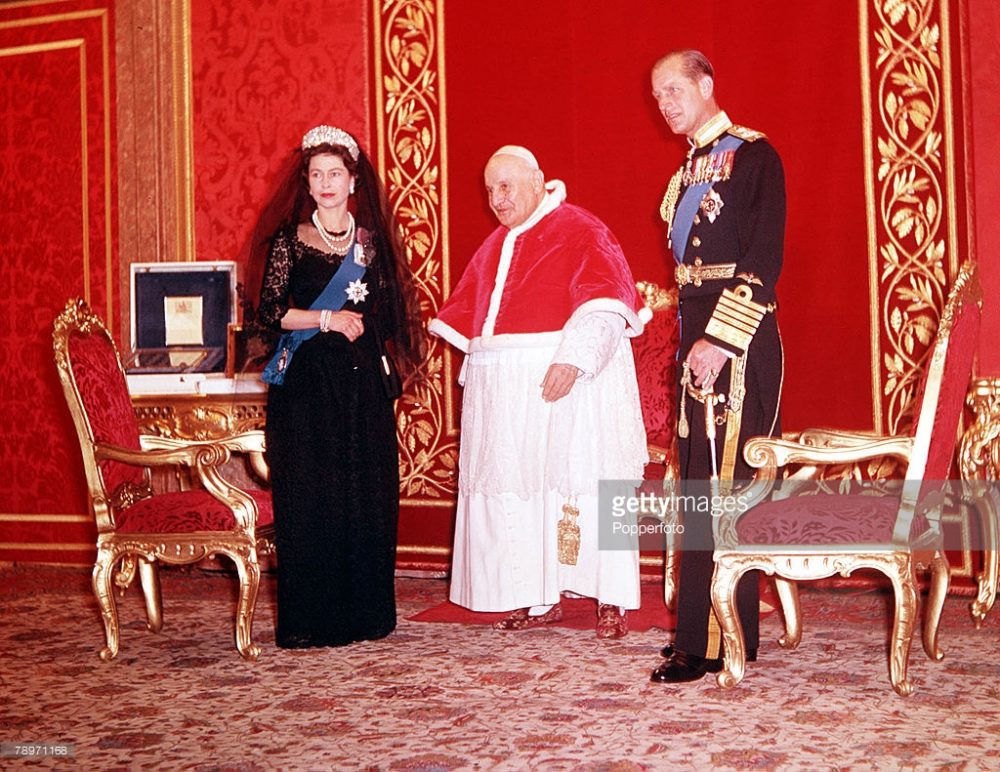 Queen Elizabeth II of Great Britain and her husband Philip, Duke of Edinburgh, during an audience with John XXIII in the Small Throne Room of the Apostolic Palace in the Vatican on May 5, 1961. The Queen is dressed in black, as only Catholic monarchs are entitled to the privilege of white dress during the meeting with the Holy Father. The photo clearly shows the characteristic red papal shoes and golden tassels of the belt. Above all, the lack of a stole is noticeable, as the popes did not put it on when they met with non-Catholics. 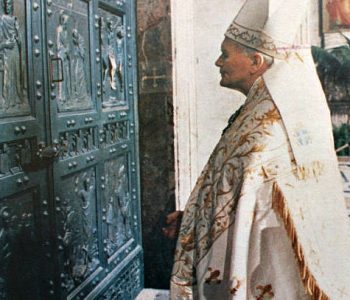 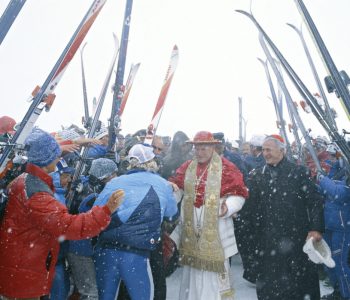 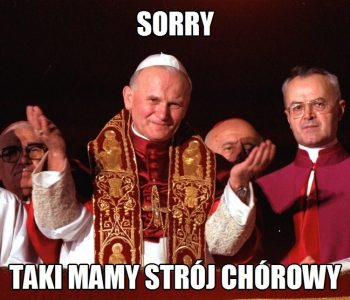