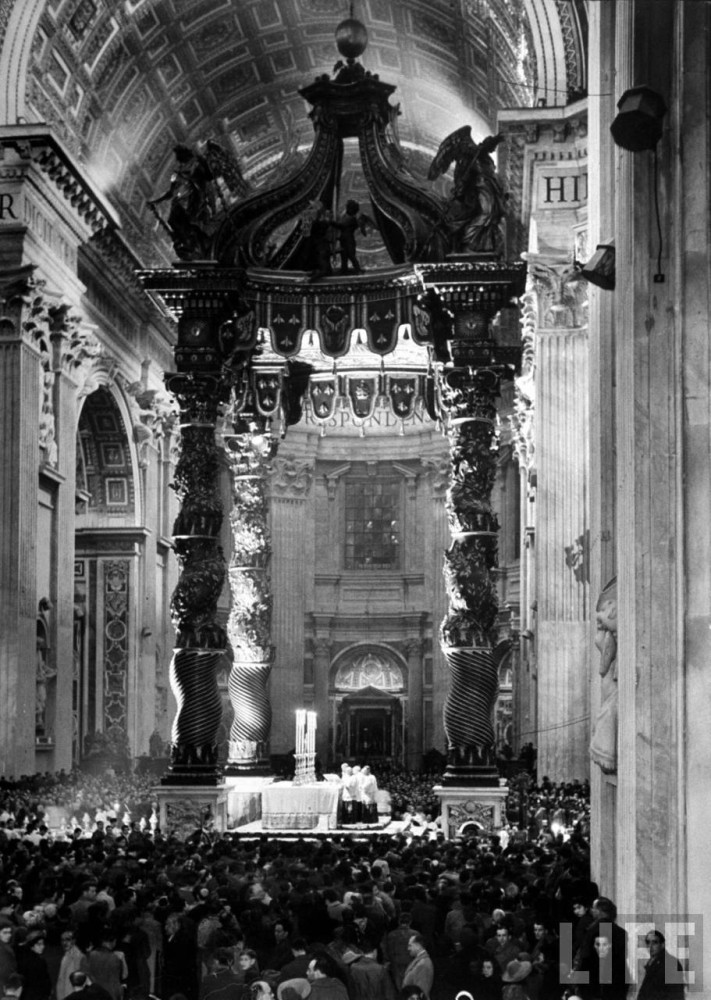 Holy Mass on Christmas night celebrated by Pius XII on the altar of the Confession of St. Peter in 1944. Allied soldiers participated in it, which can be seen in the photo, among others, on the confessionals on the left. It was the first Midnight Mass celebrated by the Pope in the Vatican Basilica for eleven centuries: the previous one, celebrated on December 25, 800 by Leon III, was combined with the imperial coronation of Charlemagne. 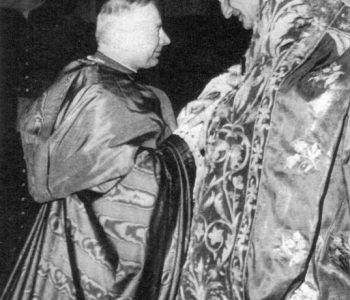 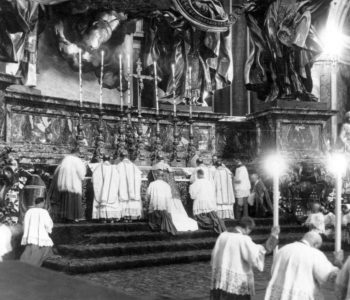 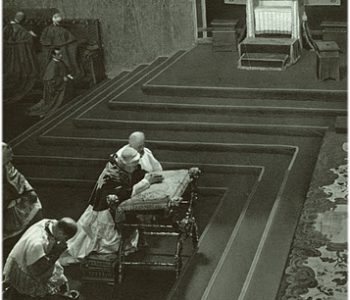