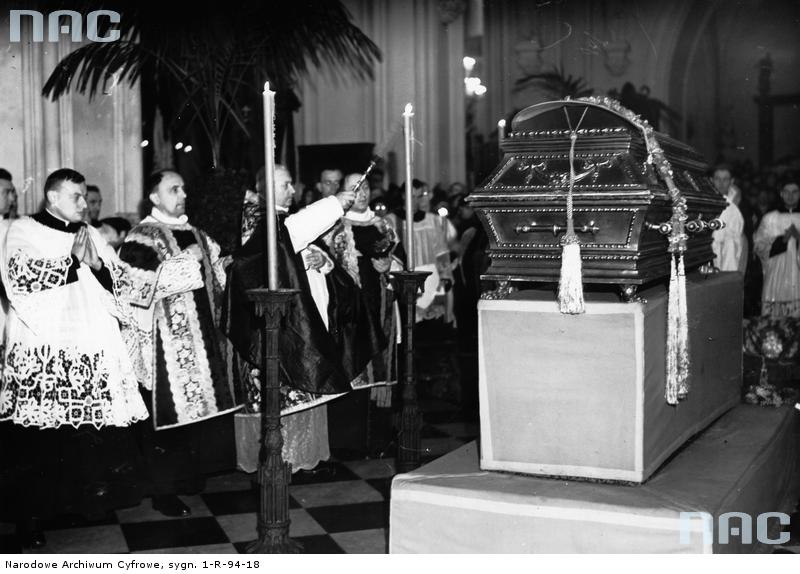 Aspersion during absolution, which would follow a funeral Mass, and which is being conducted by the Primate of Poland, August Cardinal Hlond, over the coffin of metropolitan archbishop of Warsaw and the Primate of the Polish Kingdom, card. Kakowski, in St. John’s Cathedral in Warsaw, 4 January 1939. On the top of the coffin, one may see the cardinal’s galero. The funeral was conducted with the utmost honour and respect given also by the authorities; on behalf of the government, there participated Prime Minister Felicjan Sławoj Składkowski and Minister of Trade and Commerce Antoni Roman. 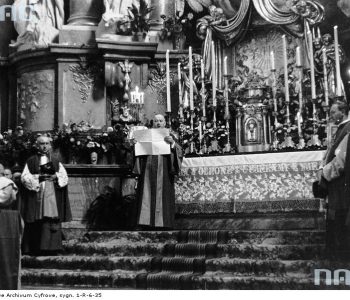 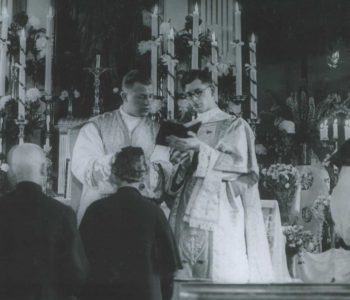 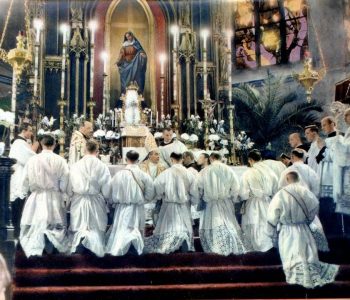