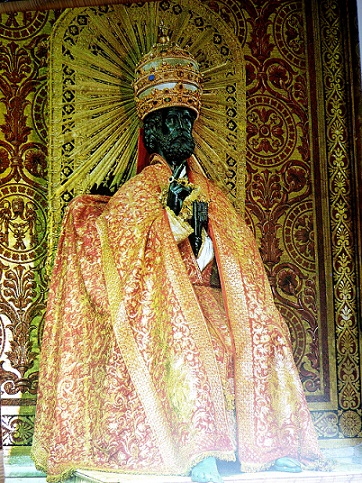 A bronze statue from Vatican Basilica representing St. Peter sitting on the throne, holding the keys and giving his blessing in a way characteristic of popes – with three raised fingers. On the day of the liturgical commemoration of Saints Peter and Paul the statue is dressed in an amice, an alb, a cingulum, a stole and a red cape with an ornate formale. On the right hand a ring is placed and a special tiara is put on head (the use of the triregnum was restored by Benedict XVI). Contrary to modern times, when this custom is still cultivated, behind the throne a special background – halo used to be set. The stole is said to have been crossed on the chest; it is not the case nowadays, as today the statue is decorated also with a pectoral cross which cannot be seen in the old photos. 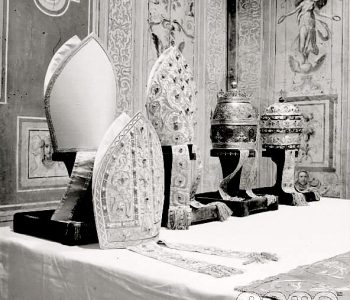 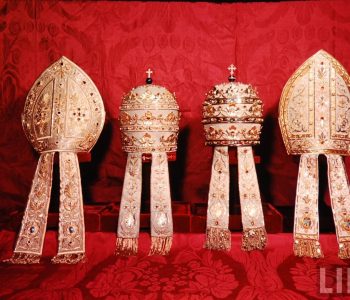 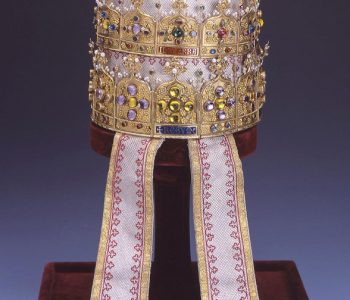