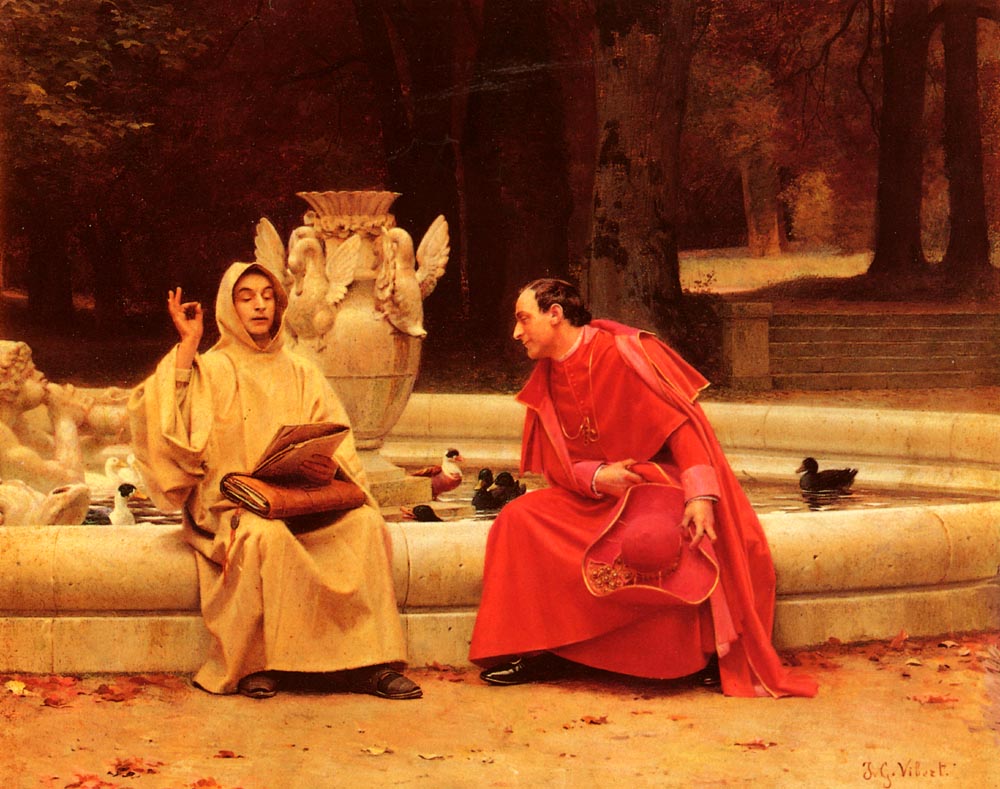 Jehan Georges Vibert (1840 – 1902) – A Fine Point, oil on board. The cardinal depicted in the picture, dressed in a cassock and mozzetta and with a tabarro on his shoulders, holds in his hands a three-cornered hat, a headgear commonly used by the Roman clergy in times before the spread of the so-called saturno, i.e. a hat with a round brim. The golden decorations, characteristic for the cardinals, and the strings bending the edge of the headgear in three places giving it a characteristic shape are clearly visible. 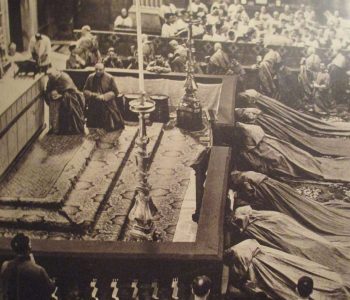 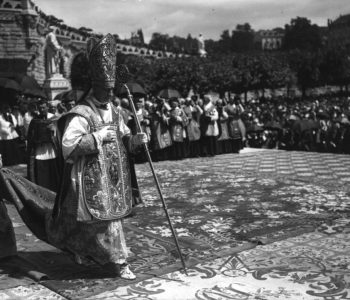