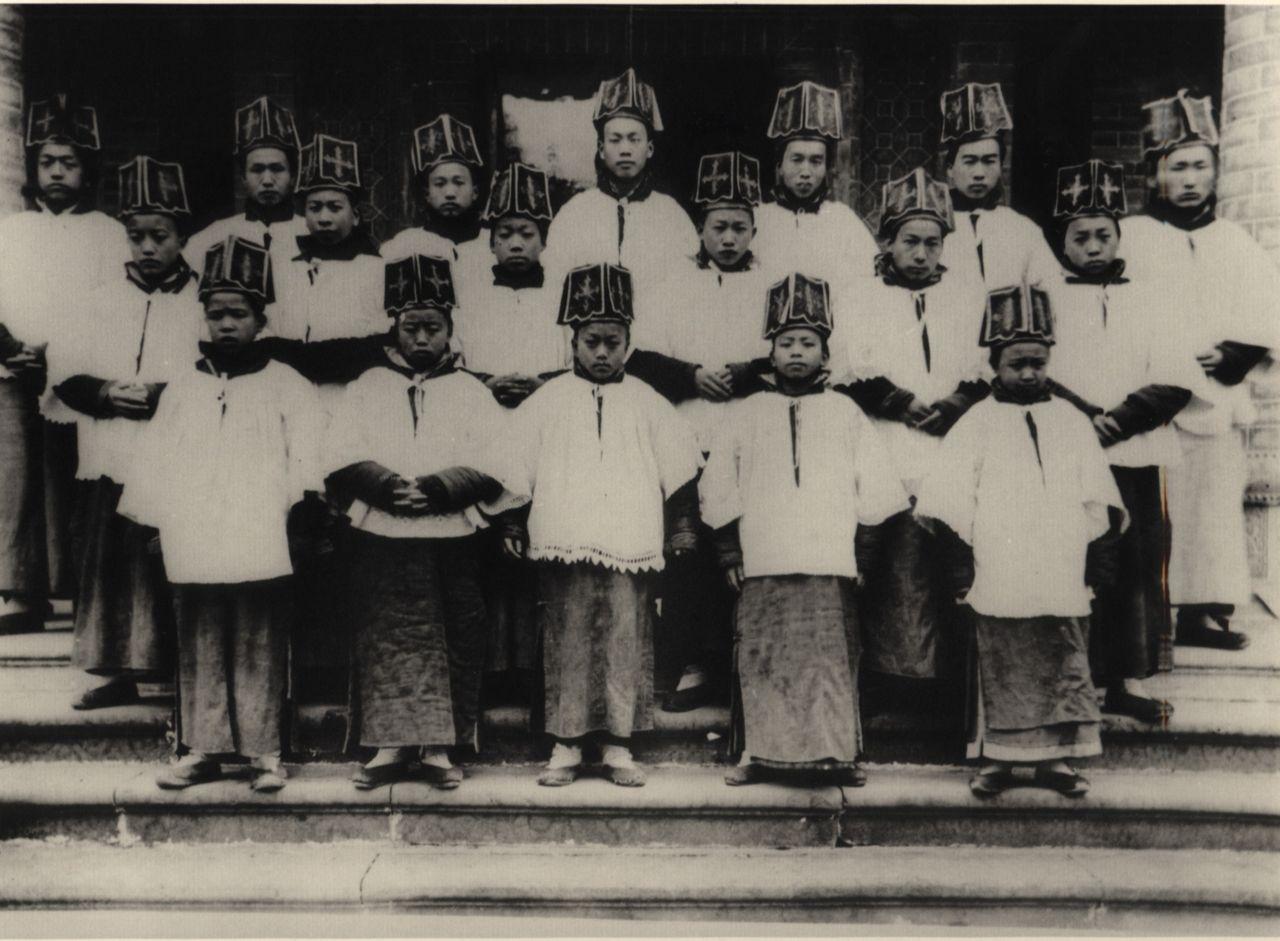 Chinese altar servers in liturgical vestments with characteristic headgear, which, based on the papal privilege, was used in the Middle Kingdom from the beginning of the 17th century to the 1920s. Ji jin (祭 巾) was a response to local social conditions that demanded an appropriate headgear not only on a daily basis but also during worship, as its lack was considered downright degrading. As it can be seen in the photo, this rule applied not only to the clergy but also to the altar servers, However, photos from that period also show altar servers in other types of headgear. 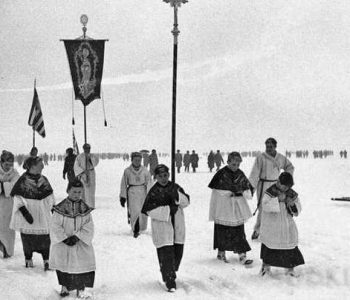 Procession on the ice 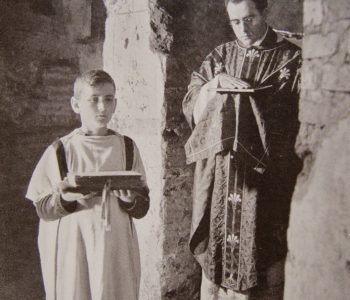 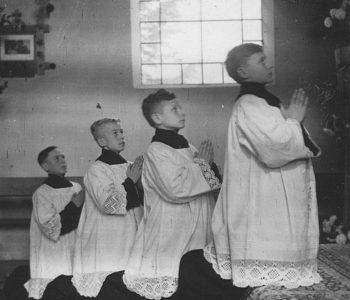