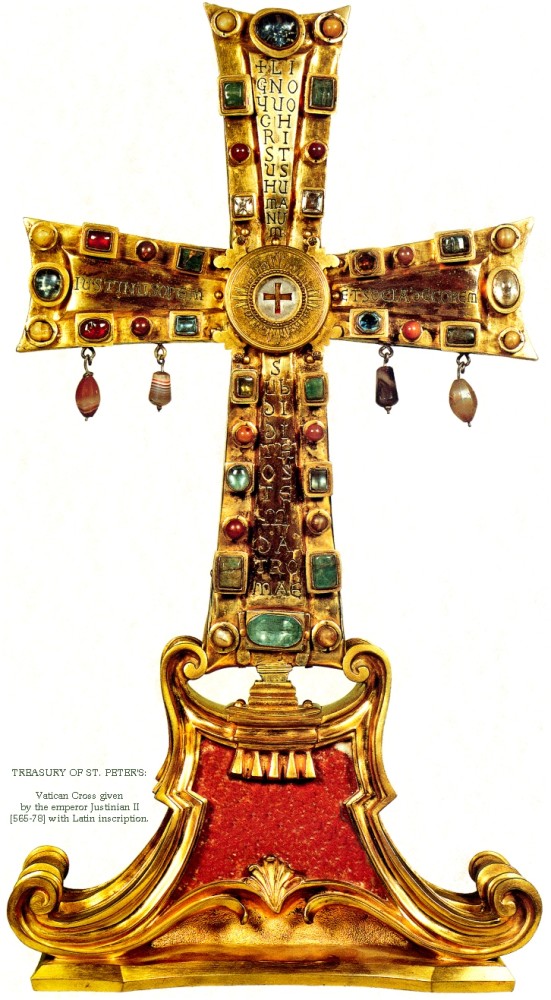 A reliquary as well as a processional cross containing a piece of the True Cross offered to the people of Rome by Emperor Justin II and his wife Sophia. Made of gilded silver and decorated with precious stones, four of which hang from its horizontal beam, the cross was crafted in the sixth century (the basis on which it is mounted is younger). On the one side it contains the Latin inscription, on the other the figural representations of the Lamb of God, Christ and the Emperor and Empress, interspersed with a floral motif. 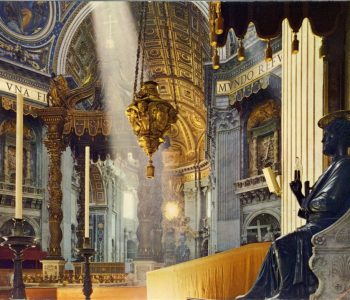 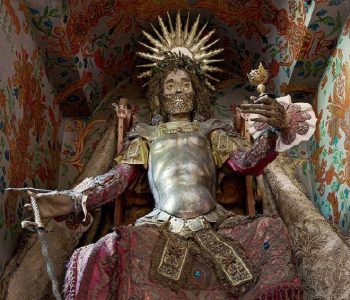 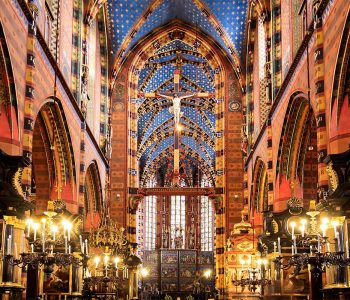 Basilica of the Virgin Mary