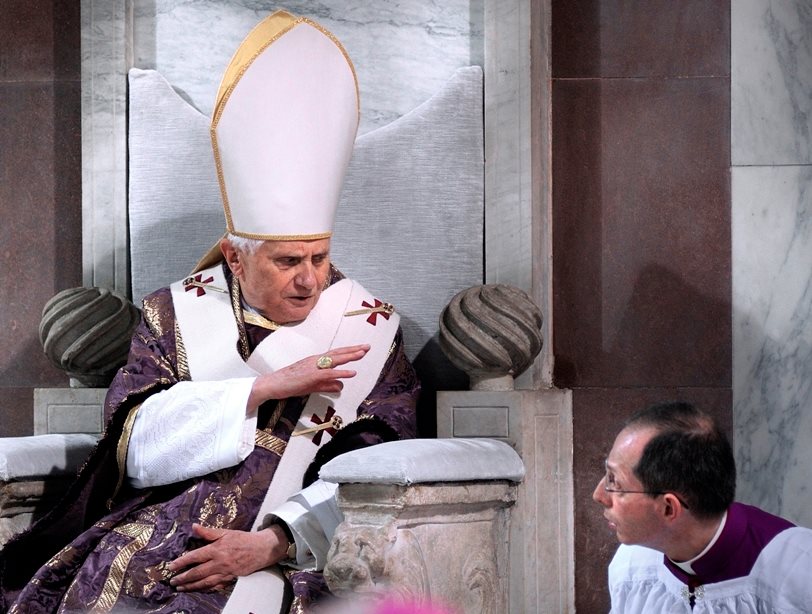 Holy Father Benedict XVI and Guido Marini, Master of Papal Liturgical Celebrations, during the Holy Mass celebrated in the Basilica of St. Sabina in Rome on Ash Wednesday, February 6, 2008. This temple, built in the first half of the 5th century, is the station church at the beginning of Lent from the time of Gregory the Great, and the Pope with assist and faithful, go to it in a procession from another nearby church, known as the collect (from the times of John XXIII it is the neighboring Basilica of St. Boniface and Alexius, but originally it was the Church of St. Anastasia lying at the foot of the hill). The stone papal throne visible in the photo comes from the first in the 20th century reconstruction of the interior of the temple, which was to restore its ancient appearance. 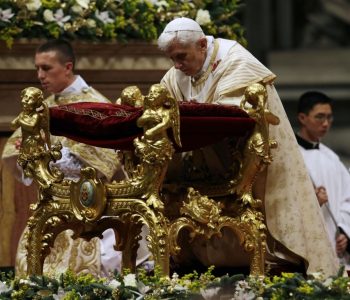 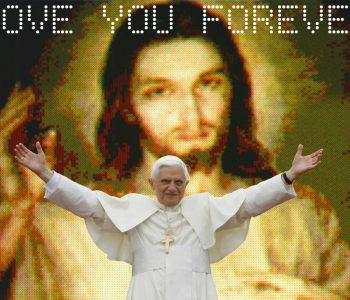 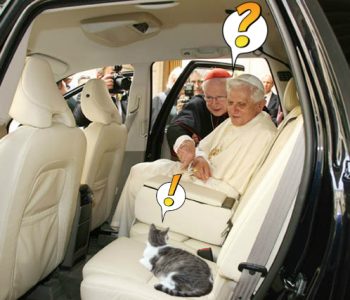