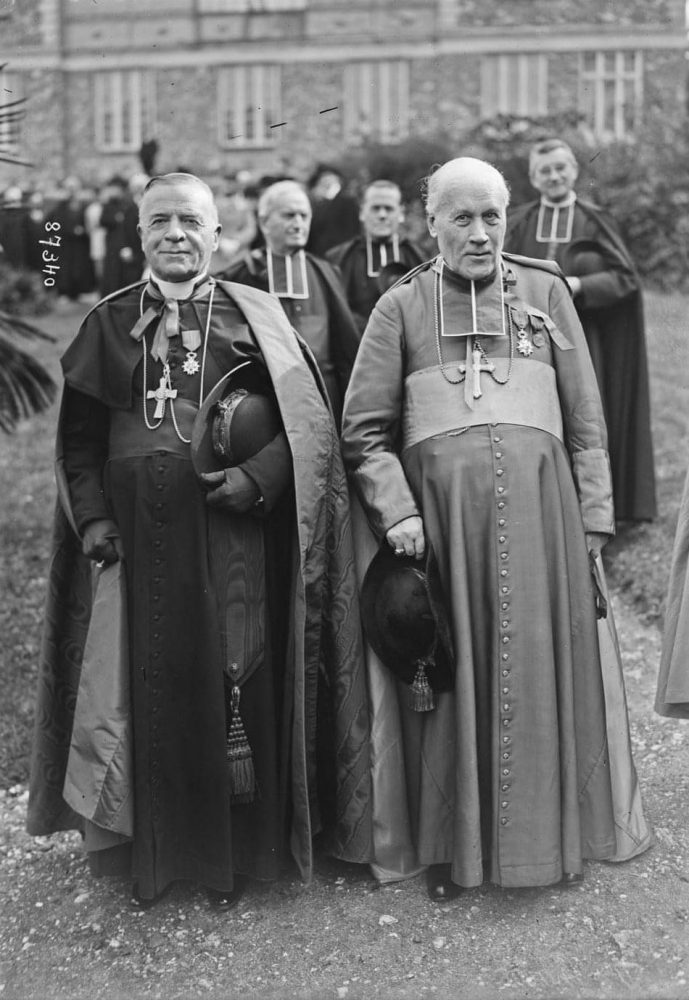 Louis-Ernest cardinal Dubois, archbishop of Paris, in a zimarra and ferraiolo of silk moire, assisted by bp. Charles Gibier, ordinary of the diocese of Versailles, during a pastoral visit, 6 October 1923. The local clergy in the photo is wearing, so called, bands, or decorative ties which originated in the early 16th century as a part of secular attire and which today are used almost exclusively by pastors of several Protestant denominations. We would like to draw your attention to the shape of tassels, different from the Roman one, often visible in the garments of French prelates. 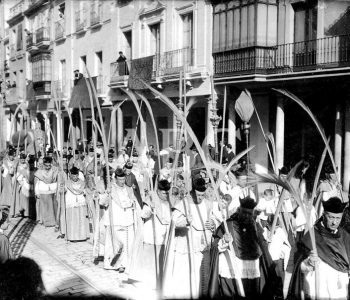 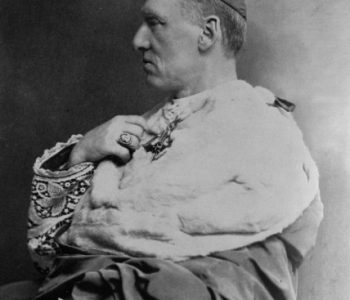 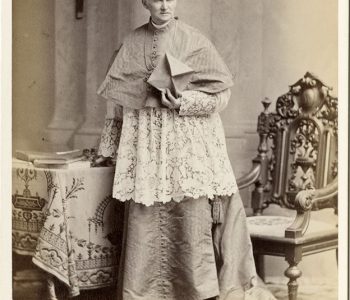