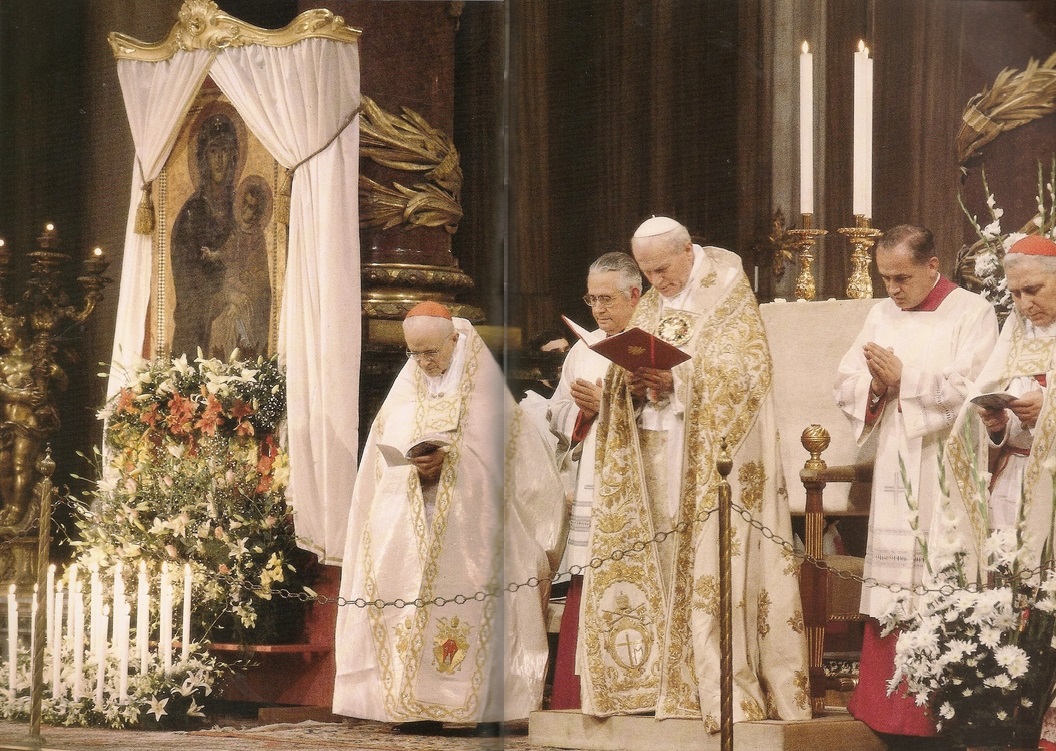 Holy Father John Paul II in a a richly decorated Roman cope with his coat of arms during a solemn vespers closing the Second Extraordinary General Assembly of the Synod of Bishops, celebrated in front of the Salus Populi Romani painting in the Basilica of Saint Mary Major on the Feast of Immaculate Conception, 8 December 1985. Cardinals flanking the Pope are dressed in silver lame pluvial with the coats of arms of Paul VI. On the left side of the celebrant is standing mons. John Magee, the then Papal Master of Ceremonies. 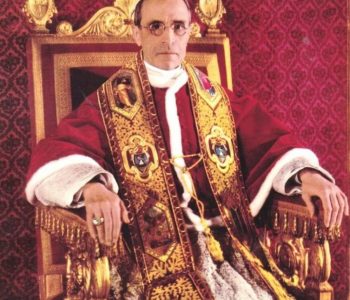 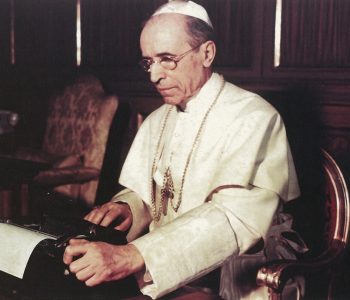 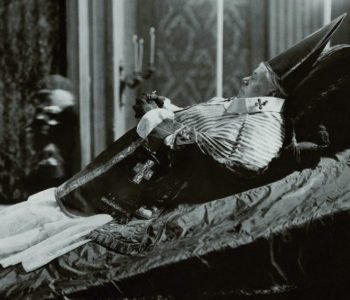 Pius X on a bier