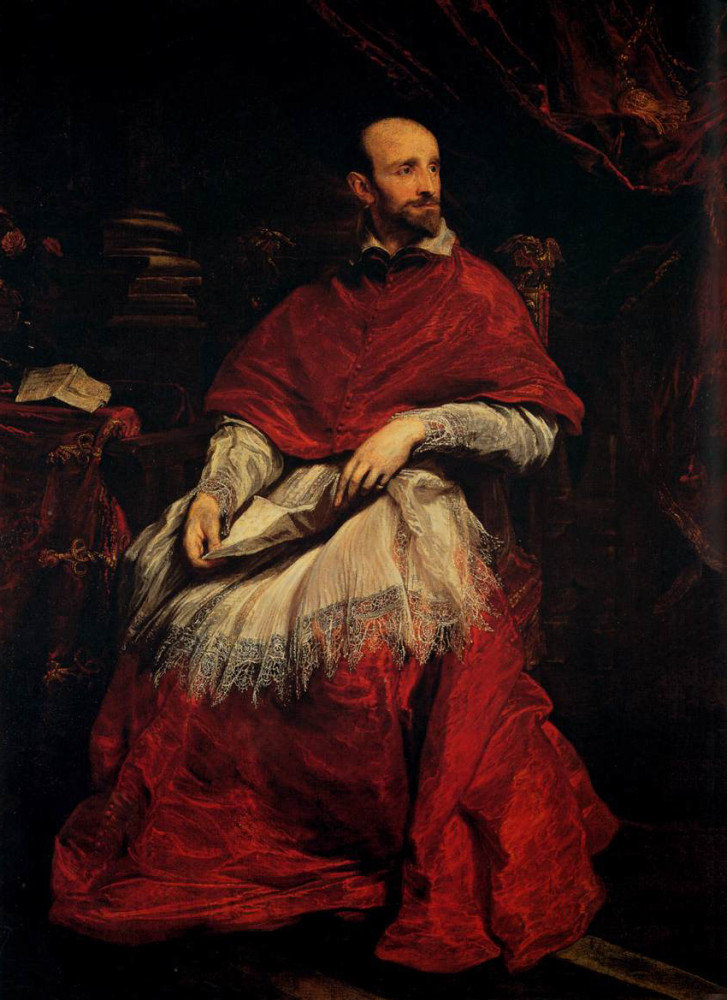 Portrait of Cardinal Guido Bentivoglio (1579 – 1644) by Antoni van Dyck. Before he was nominated cardinal, he held a number of functions at the Papal Court: he was a secret chamberlain, a referendary of Both Signatures (Justice and Grace) and a cleric of the Apostolic Camera. After receiving episcopal consecration, he served as a nuncio in Flanders, where he strongly supported the Counter-Reformation movement, and chargé d’affaires in England, Scotland, Ireland, Denmark and Norway. When he later became a nuncio in France, he defended Roman influence against increasing Gallicanism. In 1621, he received a cardinal’s hat together with the presbyterial titular church of St. John at the Latin Gate, which he changed two more times, until three years before his death he became the cardinal-bishop of Palestrina. 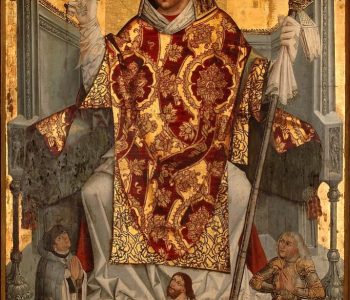 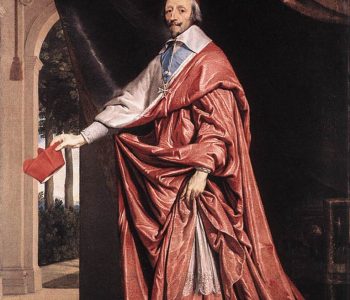