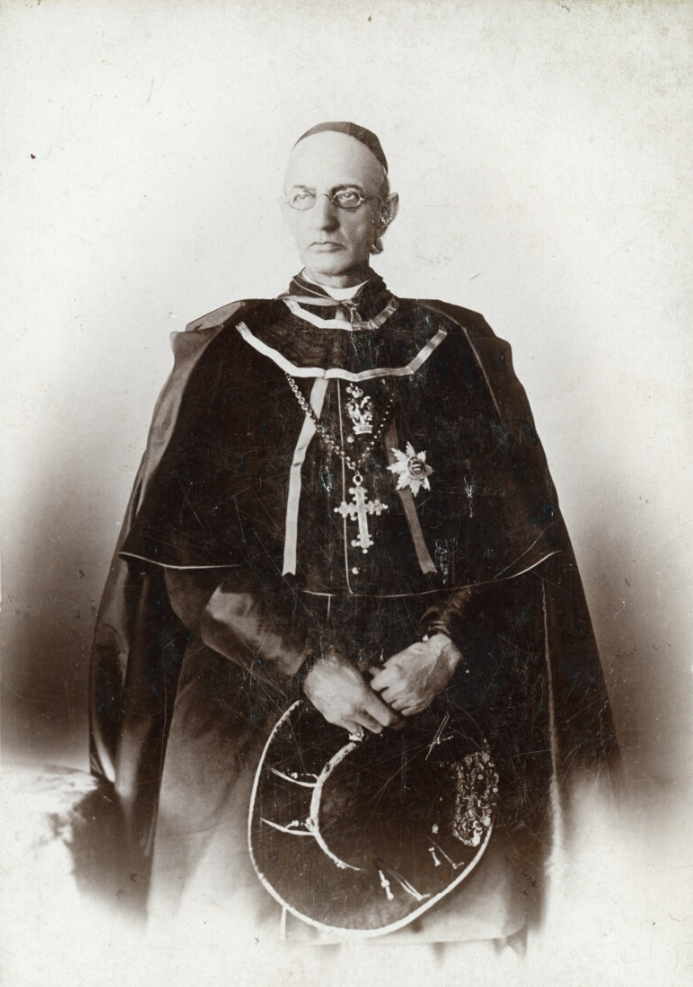 Sylwestr Sembratowycz (1836 – 1898), Greek Catholic priest, graduate of the Greek College in Rome, auxiliary bishop of Lviv in 1879-1885, metropolitan archbishop of the same capital from 1885. 10 years later, by the decision of the Holy Father Leo XIII, he was created a cardinal-priest, the following year receiving as the titular church, the characteristic, circular basilica of St. Stephen on the Celian Hill. A year earlier, the same pope gave him the dignity of an assistant to the papal throne and the title of a Roman count. In both photos, the cardinal is seen in a mozzetta and a mantelletta, and with a ferraiolo on the shoulders, as well as with the Order of the Iron Crown, 1st class, received in 1893. One can notice a round, Roman hat called saturno in both images, though in one of them only partially. 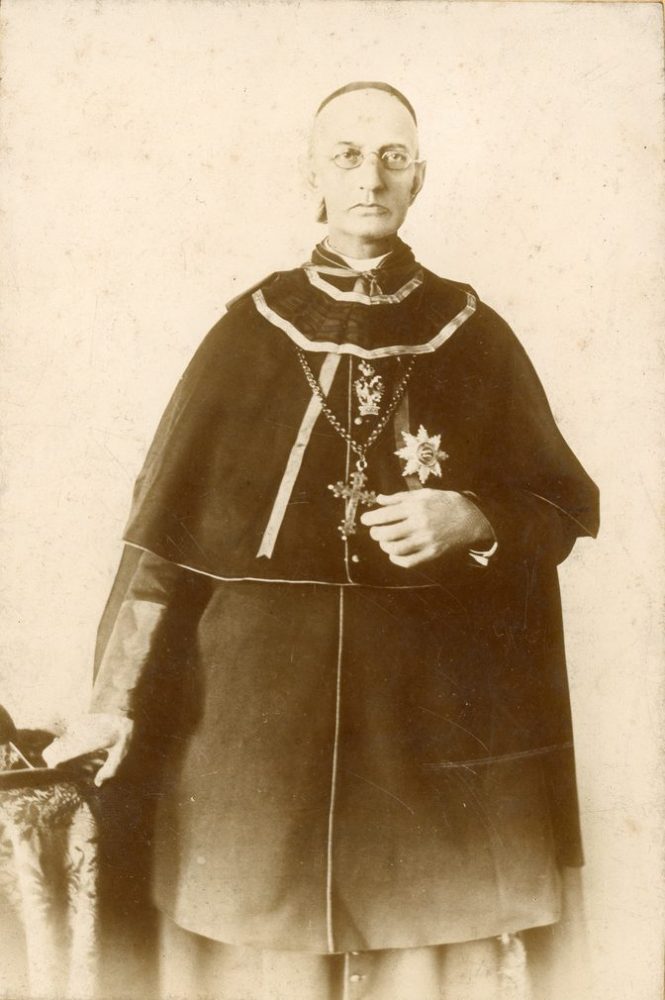 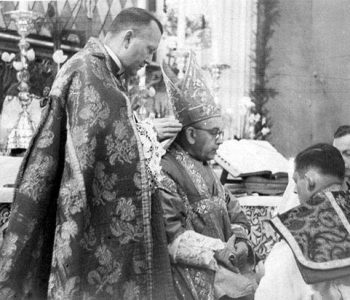 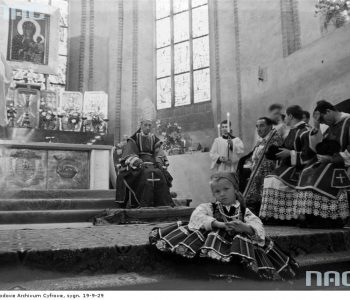