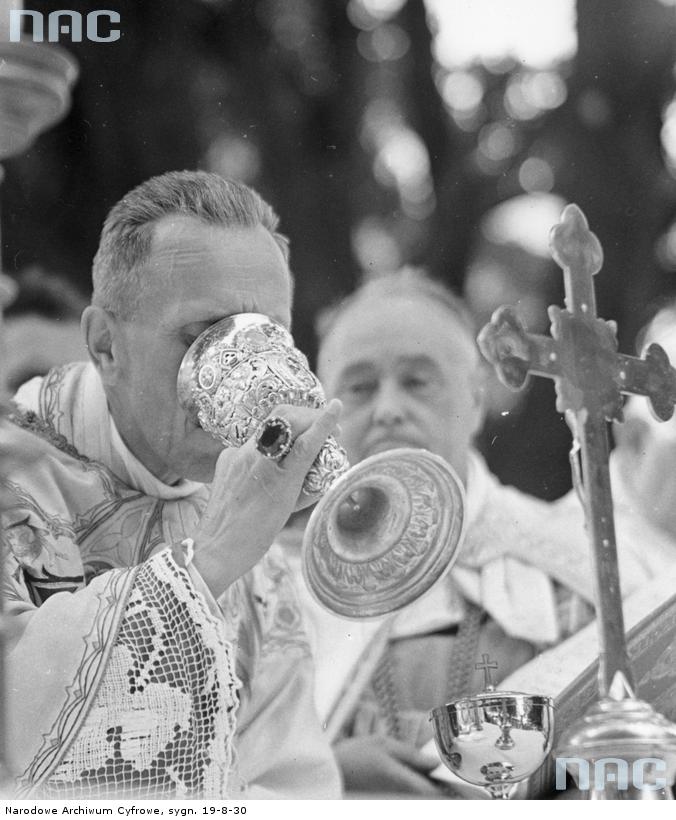 Father Antoni Baraniak, Metropolitan Archbishop of Poznań, while drinking the Most Precious Blood during the solemn field Mass celebrated on June 19, 1966 in front of the Cathedral Basilica of the Assumption of the Blessed Virgin Mary and St. Andrew in Frombork, celebrated as part of the Millennium Baptism of Poland. In the background, in the cope, from under which the amice protrudes and the double chain of the chapter cross is visible, one of the canons acting as the assistant priest. Attention is drawn to the beauty of the items used in the liturgy, such as a chalice decorated with carvings, a semi-Gothic in the cut chasuble or a significant bishop’s ring, but also the joining of the celebrant’s thumb and forefinger, which was an obligatory gesture was abolished less than a year later by the instruction of the Sacred Congregation of Rites Tres Abhinc Annos. 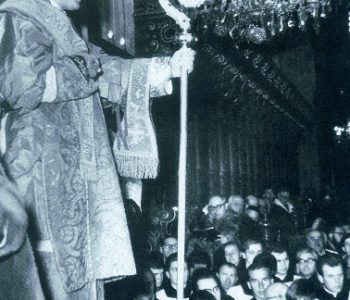 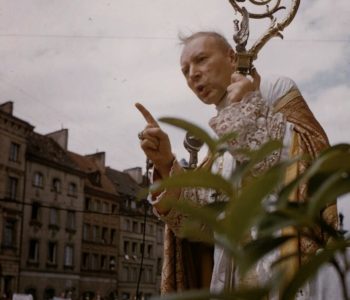 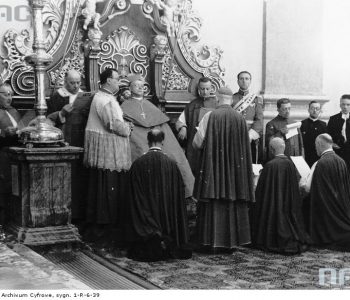