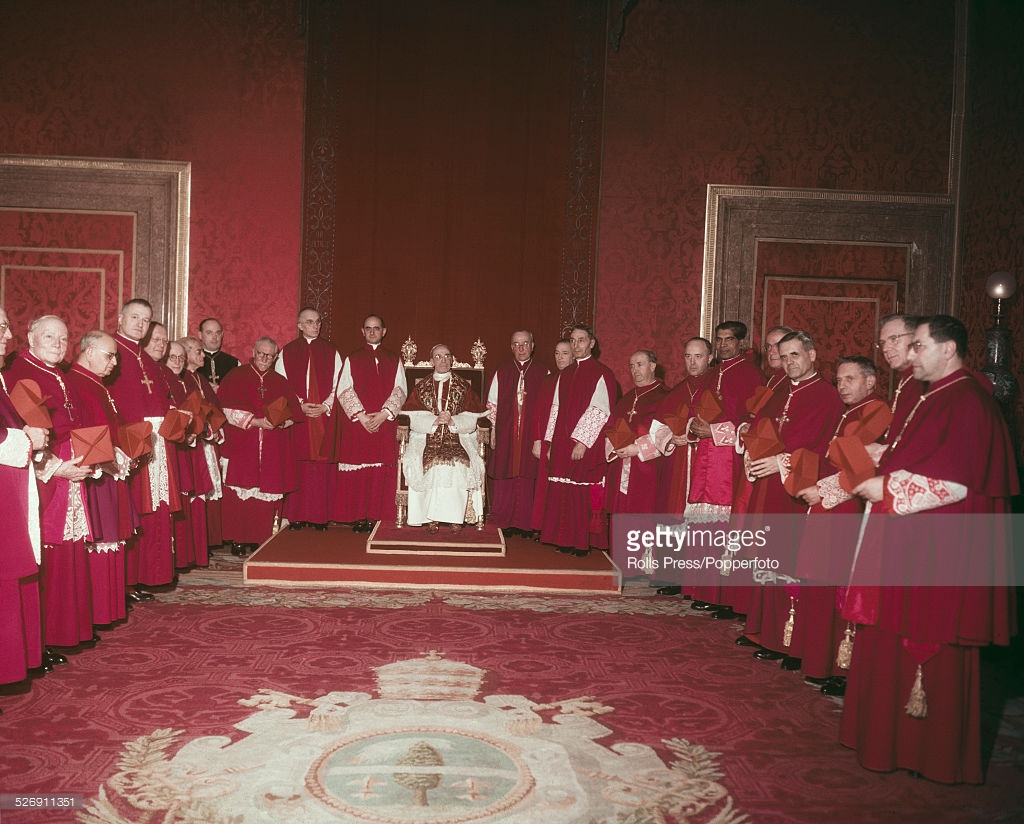 Pope Pius XII in the Throne Room of the Vatican Palace, surrounded by newly created cardinals after the ceremony of handing over their birettes, on January 12, 1953. Cardinals are in penitential purple dress and rochetts covered with a mantelletta and mozzetta.

On the left are cardinals: Duca (probably, invisible in the photo), D’Alton, Grente, De La Torre, Mimmi, Feltin, Valeri, da Silva, (behind him, in a black mantelletta, Bishop van Lierde) and Costantini. Near the papal throne, it is easy to recognize two monsigniors: Montini and Dante, next to whom is Cardinal Ottaviani, then Wendel, Grazias (appointed in place of the deceased cardinal-nominee Agostini), Luque, Leger, Lercaro, McIntyre and Siri.

In the company, there are a few shortcomings missing, and these were cardinals: Cicognani, Roncalli, Ciriaci, de Arriba y Castro, Quiroga y Palacios (all received hats at one consistory in October this year), Wyszyński (picked up the galero four years later) and Stepinac (he was the only one who never picked up his hat). 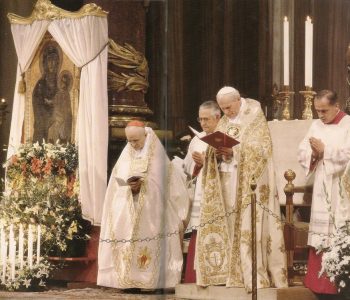 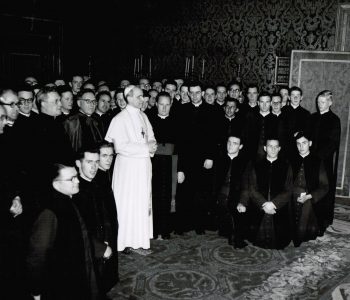 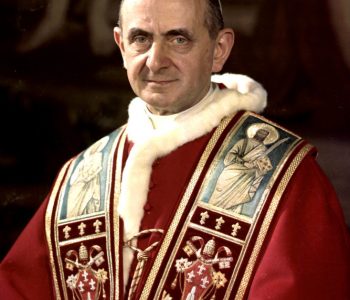