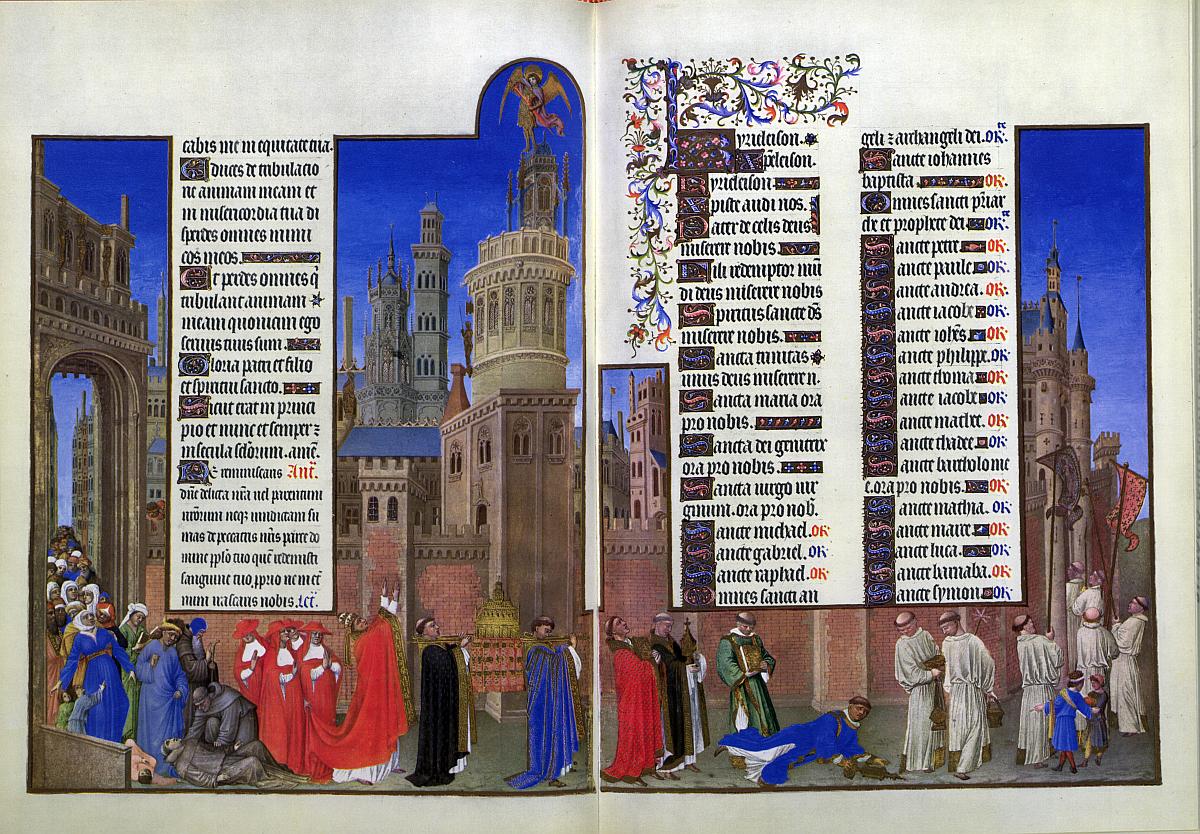 An illumination of The very rich hours of the Duke de Berry (early 15th century) depicting the procession led by Pope St. Gregory the Great to drive away the plague that had struck Rome. By the papal order it repeated for three days and set off from seven churches to the Basilica of Saint Mary Major. On the last day, as the procession passed the Hadrian’s Mausoleum, an angel appeared above it, sheathing a bloody sword, which meant the end of the plague. For this reason, the imperial tomb was renamed the Saint Angel Castle. 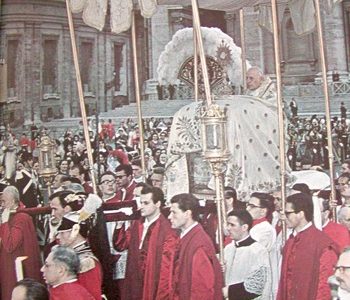 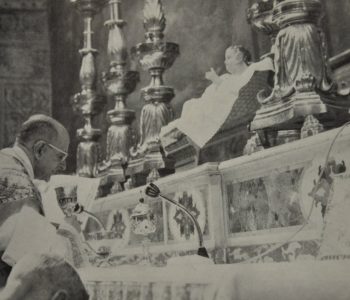 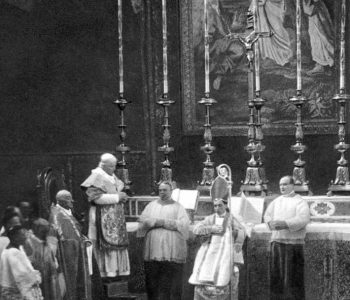