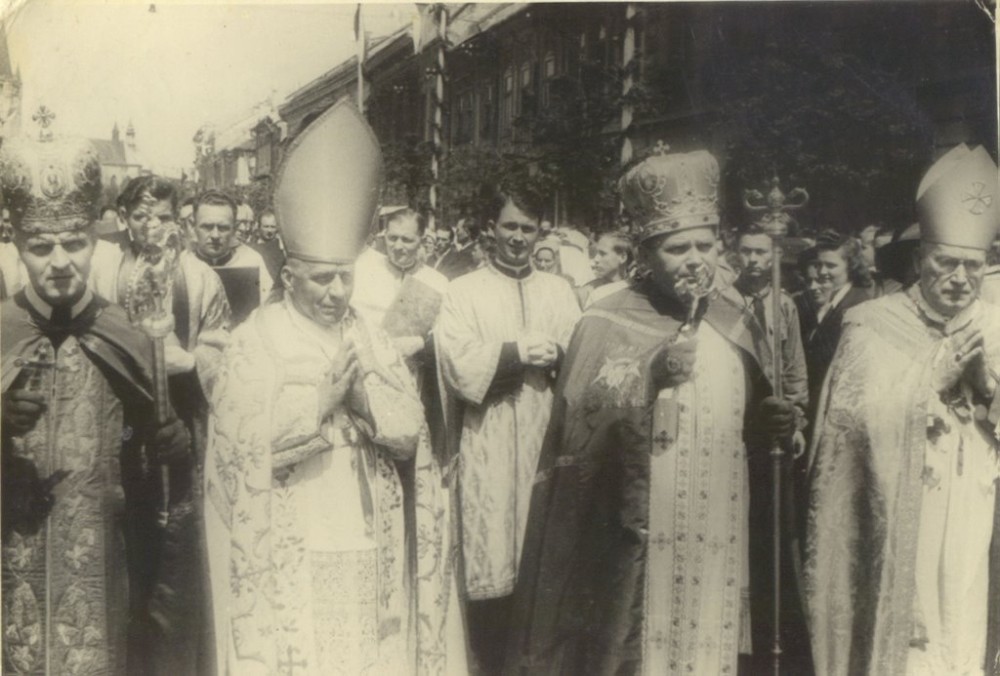 A photo from the eparchy of Preszov of the Catholic Church of the Slovak Bizantine Rite, from the day of chirotony of bp. Basil Hopka (the second from the right) who was declared blessed by John Paul II in 2003. The main consecrator was vladika Paul Gojdič O.S.B.M., also declared blessed (in 2001) and co-consecrators were the metropolitan of Prague, Venerable bp. Josef Beran (the second from the left), and bp. Józef Cársky (the first from the right). 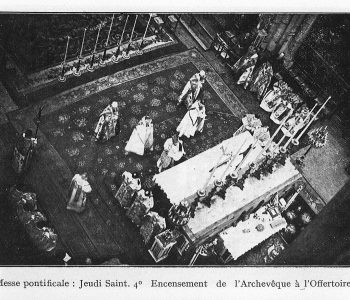 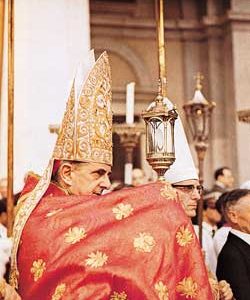 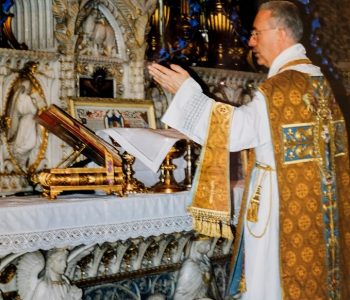