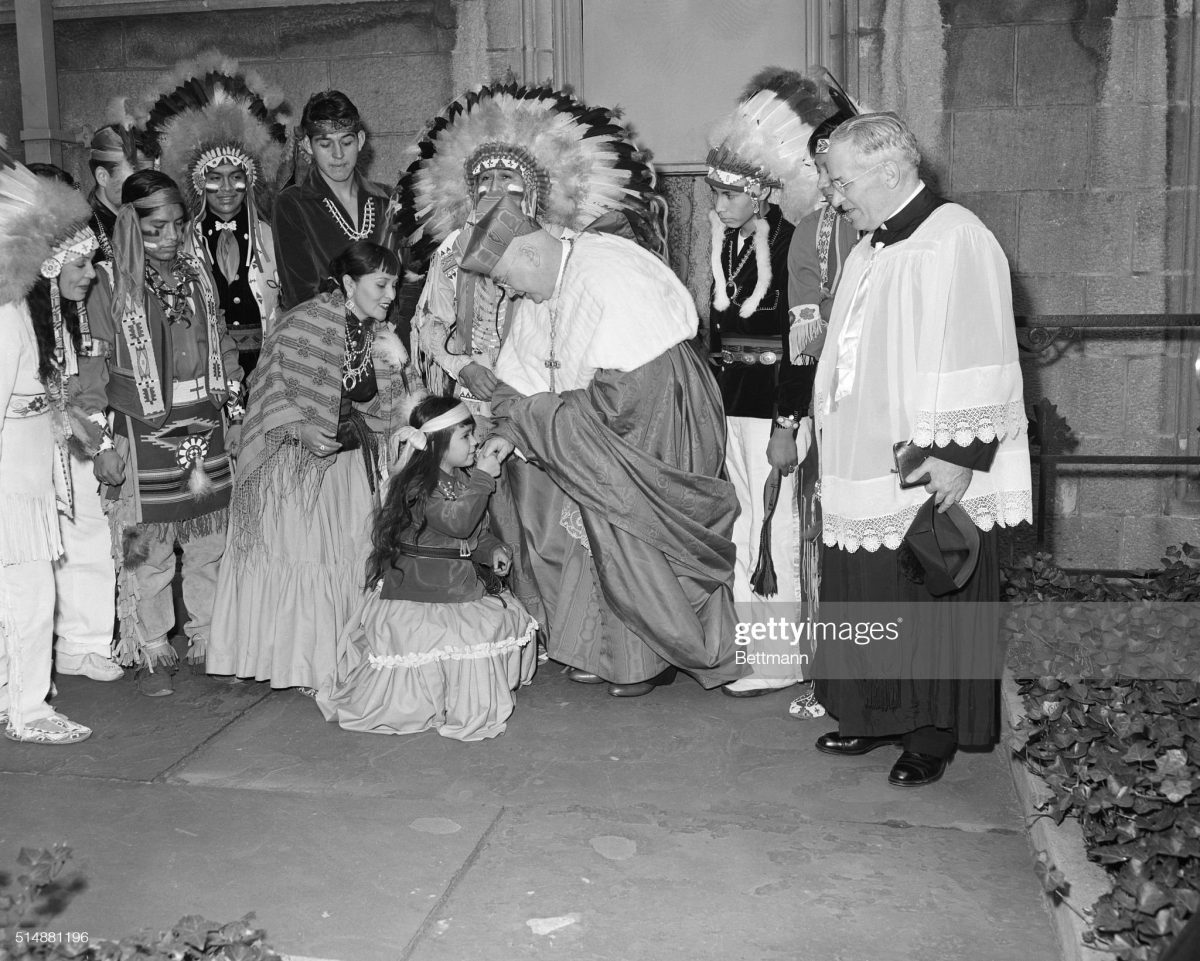 Blue Corn, a six-year-old Indian girl, kisses the ring of Francis Cardinal Spellman, Archbishop of New York, in front of the metropolitan cathedral of St. Patrick, November 14, 1954. The photo was taken on the occasion of the 50th anniversary of one of the organizations affiliated with the Bureau of Catholic Indian Missions, raising funds to support missions and schools among Native Americans in the United States. The prelate in the photo is dressed in a winter cappa magna with an ermine cape and a cassock made of watered silk. 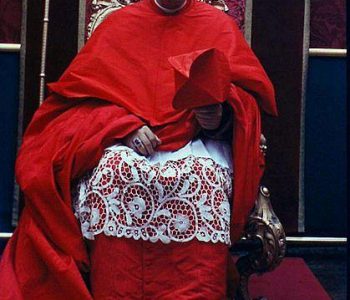 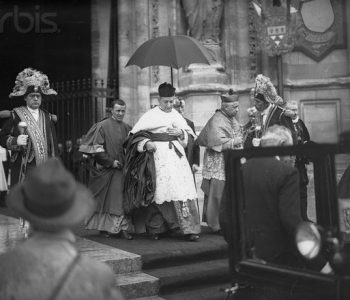 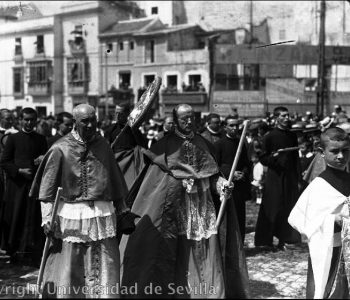