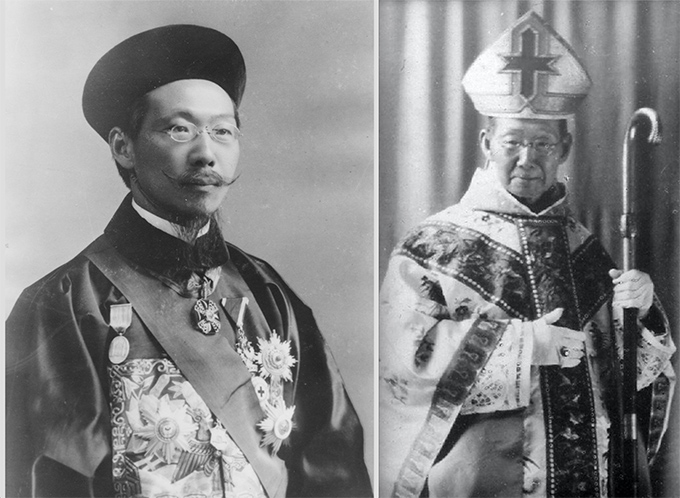 Lu Zhengxiang (1871-1949) dressed as a Chinese diplomat and in abbot’s pontifical vestments. Born in a Chinese Protestant family, he made a career in diplomacy: he was an ambassador to the Netherlands and Russia, China’s foreign minister and prime minister. In 1911 he converted to Catholicism. After his wife’s death, while on a diplomatic mission in Bern, he entered the Benedictine monastery of St. Andrew near Bruges, where he took the name of Pierre-Célestin. In 1946 he was appointed the titular abbot of the monastery of St. Paul in Ghent by the Holy Father Pius XII. He wanted to return to China as a missionary, but illness and death thwarted his plans. He was a proponent of introducing classical Chinese into the liturgy. 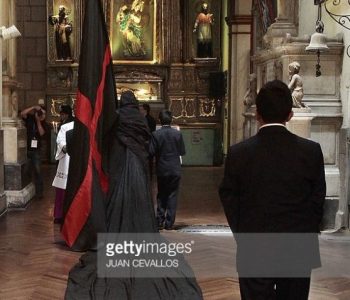 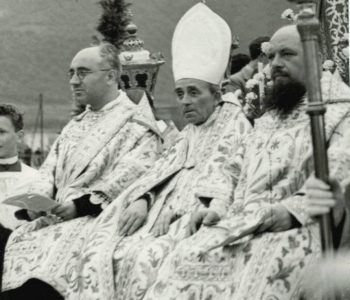 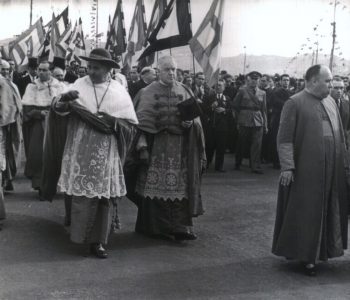